Real PSY: "seems like there's another ME at Cannes" 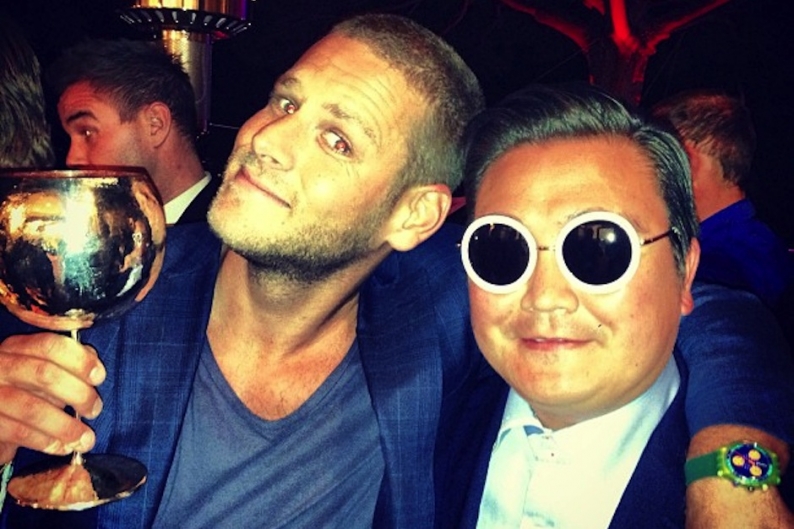 PSY’s “Gangnam Style” video was been watched well more than one billion times, but in a way he’s still as unrecognizable as Daft Punk. An unidentified guy who doesn’t even look that much like the South Korean pop singer donned sunglasses and managed to con his way into the Cannes Film Festival by pretending to be PSY.

According to the Hollywood Reporter, the fake PSY was seen all over the French town, and he managed to fool not only partygoers who posed for pictures with him, but also the Getty Images celebrity division FilmMagic. Actress Naomi Harris also tweeted a photo of herself with not-PSY.

The real PSY eventually caught wind, tweeting from Singapore, “Seems like there’s another ME at cannes … say Hi to him.” (Check out our feature K-Pop Fizz Fizz: Life After PSY)

Given that the dancing horse man is currently promoting latest single “Gentleman,” a skeptic might wonder if the PSY imposter might just be a publicity stunt — after all, PSY’s manager Scooter Braun was in Cannes, too. “I gotta find this guy,” Braun tweeted. “Crazy.” In the end, phake PSY is just strange enough to be true.