Who Charted? Phoenix Shall Be ‘Bankrupt!’ No More! 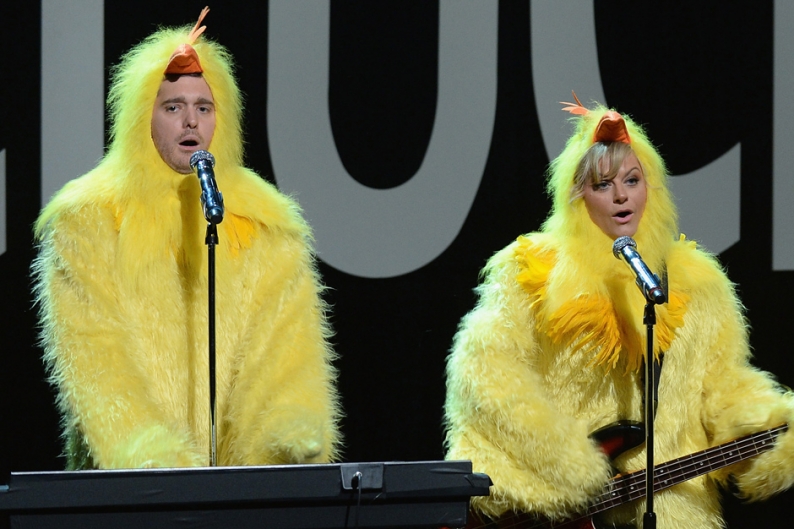 First! Michael Bublé. Meh-kel Boo-blah. To Be Loved. 195,000 sold according to Nielsen SoundScan. No. 1. You aren’t interested in that crap (except maybe for Mother’s Day) and neither are we. The good news, we suppose, is that the dough-faced Canuck kept an American Idol pup from owning the top slot. Let’s get her out of the way up here so she doesn’t shit the bed below: Fantasia, Side Effects of You, 91K, No. 2.

3 to 10: A trio worthy of triumph kicks off the rest of the Top 10. Justin Timberlake’s The 20/20 Experience is in at No. 3 with 74K sold, but the real winners are current SPIN cover stars Phoenix, who snag a No. 4 placement for Bankrupt! (50K). By contrast, their last album — 2009’s Wolfgang Amadeus Phoenix — peaked at No. 37. At this rate, if they name the next one Utter Trash, they’ll make No. 1 handily. Meanwhile, No. 5 goes to Fall Out Boy. Their Save Rock and Roll took a wee dip down from No. 1 (36K), but we’re confident our new interview with Pete Wentz and Patrick Stump will prime the pump. A couple of other positives: Kid Cudi’s Indicud slips but grips to No. 8 (32K), and Pink’s The Truth About Love holds onto No. 10 (29K). Firmly falling under the DGAF umbrella: Blake Shelton’s Based on a True Story (36K, No. 6); Rob Zombie Venomous Rat Regeneration Vendor (34K, No. 7 — that title, really?); and will.i.am’s #willpower (29K, No. 9).

Reason Prevails: Pink stays sitting pretty on top of the Hot 100 songs pile with “Just Give Me a Reason,” an excellent ballad performed with and co-written by fun.’s Nate Ruess. The song has reigned supreme for three weeks now, although its grasp is slipping as Macklemore and Ryan Lewis’ “Can’t Hold Us” pushes it down in Digital Songs and On-Demand Songs. So much for listening to reason.

Duet-à-tête: It’s a ripe time to have a duet in circulation, and Rihanna’s “Stay” team-up with Mikky Ekko is still posting gains. The song just returned to its peak No. 3 Hot slot, muscled its way up to No. 4 on Digital, and now takes No. 1 on Radio Songs. That’s her 11th win in that category, tying her with Mariah Carey for the most airplay leaders since the chart’s birth in 1990.