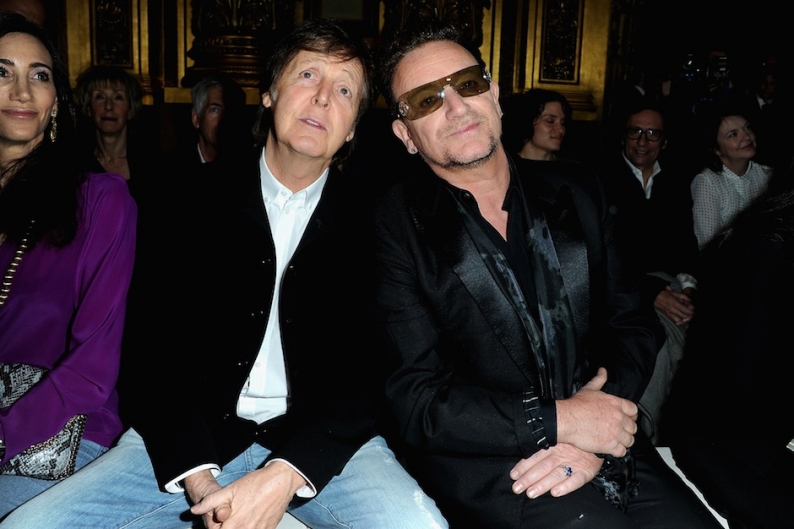 The Beatles broke up more than four decades ago, but for one reason or another, there are still Fab Four songs that have yet to be performed live. Paul McCartney took care of five of them at his tour kickoff Saturday night in Belo Horizonte, Brazil, as Consequence of Sound points out.

The selections range from an early Beatles number that John Lennon refused to play live to later material from when the band had become solely a studio outfit: “Eight Days a Week,” “Your Mother Should Know,” “All Together Now,” “Being for the Benefit of Mr. Kite!,” and “Lovely Rita.” For now we’ll have to make do with distant audience footage, meaning we’ll have to withhold judgment on how well Macca pulled off the backwards-calliope effects of “Mr. Kite” (which was one of Lennon’s songs, anyway).

McCartney’s tour will be coming to the United States later this month, so with any luck there will be closer views of these or other Beatles nuggets. Sir Paul also has a new solo album in the works, which producer Mark Ronson has suggested draws inspiration from baile funk, moombahton, and Usher’s “Climax.” At least “Eight Days a Week” didn’t go dubstep.