Angry conservatives give new meaning to "pissing in the wind" 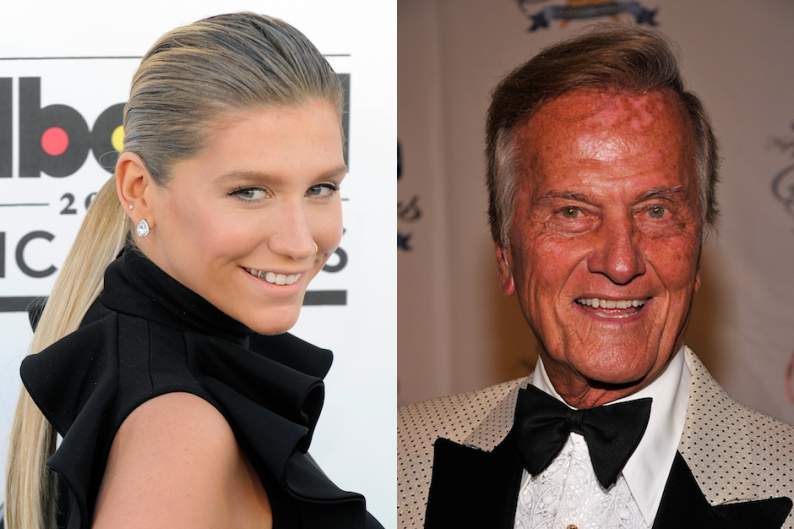 Ke$ha’s MTV reality show just got an extra trickle of publicity from an unexpected fount.

Last night on Ke$ha: My Crazy Beautiful Life, which airs Tuesdays at 11 p.m., the Warrior princess could be seen drinking her own urine (watch a preview clip here). The pee-sipping has been a major talking point for the series, with the Internet gossip mill first touting the unwholesome scoop back in February. And now, as the Hollywood Reporter points out, Ke$ha’s whizz-quaffing has attracted the displeasure of the Parents Television Council, a non-profit advocacy group whom you may remember from such indecency complaints as our national war on Janet Jackson’s right nipple.

The PTC, whose founder once said on national TV that President Obama looks like a “skinny ghetto crackhead” and whose board includes pop-music punching bag Pat Boone, sent a letter yesterday hipping its supporters to the show’s “disgusting, vile content” — just in time for them to presumably watch it. The letter also reportedly spun Ke$ha’s wee-wee guzzling as a reason that cable providers should unbundle their channels. “Why should we have to pay for this kind of garbage just so we can get access to Discovery, Disney, or the Golf channel?” the PTC wrote. The group, which describes itself as nonpartisan, also promoted Senator John McCain’s unbundling legislation.

Ke$ha has previously said her piss take was a one-off. “I hear it was good for you,” she told THR of the water-sports drink. “I’m not good at saying ‘no’ so I just figure, fuck it, I’ll try anything once. So I tried it. I wouldn’t recommend it. It was pretty gross.”

PTC’s move, paradoxically giving more attention to that which it condemns, comes after the Catholic League magnanimously gifted David Bowie with an extra day in the news cycle for his latest video, which happens to be titled “The Next Day.”

It’s unclear how Ke$ha feels about unbundling cable networks, but while it might be an option someday, McCain’s bill isn’t expected to pass. James Surowiecki, the New Yorker’s financial writer, did a great piece a few years ago analyzing the arguments for and against a la carte cable options. In short: Let’s make the most of the night like we’re gonna die young and not waste too much time deciding how much each individual cable network is worth to us. It’s not like we’re flushing our money down the toilet.