No Trivia’s Rap Songs of the Week: Trinidad James Adds to the ‘U.O.E.N.O.’ Convo 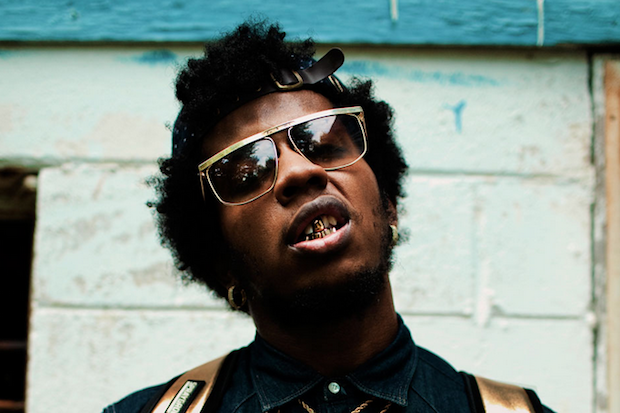 Disclosure “Grab Her!”
J. Dilla is the Arthur Russell of hip-hop: A slept-on, productive genre-hopper while he was alive who has proven to be immensely influential in death. Dilla’s influence on the strange non-rap sounds of chillwave or Soundcloud dance, and just his warm, do-whatever, sample-whatever spirit loom large. It’s a beautiful thing. On “Grab Her!,” from U.K. dance bros (no really, they’re brothers) Disclosure, they sample Dilla’s voice, making explicit where they got their ear for tiny sonic details twisted into endless dance-ready knots, as well as that sense that often, it’s more about doing everything you possibly can with a little rather than doing a little with a whole lot of things.

Mummz “Back To Da Spot”
Harlem post-horrorcore, inverse-of-A$AP rapper Mummz teams up with OG Taxx of Lex Luger’s trap-music mentors 808 Mafia. It’s in sharp contrast to the blood-soaked, video-game island vibes of his reputation-starting “Opening Knell” from earlier this year, and though it clearly scans as “trap,” it’s of the Drumma Boy-doing-John Carpenter, spare, menacing soundtrack strain, so this isn’t some trend-hopping move. Not to mention, this music is pretty much entirely out of vogue at this point, replaced by “ratchet music,” right? Mummz also has one of the best rap voices right now: KRS-One confident with the demon-haunted wail of, say, Ol’ Dirty Bastard. In a fair world, this would replace A$AP Ferg’s “Work” on the radio. But the world is not fair.

The Outfit, TX “Midnight Mover”
If instead of charging $6.99, this Houston crew had given their album Starships & Rockets: Cooly Fooly Space Age Funk away for free, they probably would be a little bigger right now. (Rap fans are petty, cheap motherfuckers.) Here, these nostalgic youngsters circle around a very 2013 take on country-rap tunes: Allman Brothers fried-guitar wails, punch-you-in-the-gut 808s, and a nice thick layer of weed-smoke atmosphere floating around all that open space. But it’s a celebration of the group’s multitude of voices, first and foremost: A series of hissing, squawking rappers who care about rapping, but know how to have fun, all trying to outdo one another in the spirit of friendly competition.

Rick Ross & Birdman “Betty Stout”
Birdman is a low-key great rapper. I repeat, Birdman is a low-key great rapper. Who else can shoot out so much disdain for the world that has made him millions and millions? And he’s got this vocal inflection when he raps that sounds like he’s scrunching up his whole face, about to cry or something? It can be strangely affecting. This song is from some supposedly “lost” 2008 collaborative album between Rozay and Baby, though it seems more like an album that got lost for a reason, if you catch my drift. Nevertheless, you can hear the dying days of chipmunk-soul on that sobbing beat, and this is from that post-Port of Miami era when Rick Ross was about to get kind of good at rapping and we were all rooting for the goofball because, well, why the hell not? It’s not like he was ever going become a superstar or anything, right? Oh brother, what did we create? Why did we do this? Can it stop now?

Black Hippy “U.O.E.N.O.”; Trinidad James “U.O.E.N.O”
The most encouraging development in the “U.O.E.N.O.” saga is, of course, ScHoolboy Q taking the time on the Black Hippy remix to straight-up correct Rick Ross’ molly-sneaking rape lines: “This hoodie here about two stacks, hell yeah, that bitch gonna go ham / Molly in her drink, but she asked me to / And, oh yeah, I got this on cam.” Some pedants somewhere probably pointed out that Q still talks about filming someone who is on drugs and didn’t mention asking her about that, but hey, baby steps! Now, add to the stream of correctives this Trinidad James verse where he mostly just brays over the track in his too-many-cigs voice. Then again, “U.O.E.N.O” is the kind of track that makes braying sound pretty awesome. Trinidad actually sounds in control here, boasting that “an ad-lib cost 2K” and doles out some of mom’s advice to rappers who will bend over backwards to sell out for barely anything at all: “Momma said…If you ain’t comfortable in your own skin / What you do it for?” See, that’s the appeal of Trinidad over so many other too-much-too-soon rappers. His attitude feels natural. He’s always himself.