New Nine Inch Nails Album Due Out This Year on Columbia 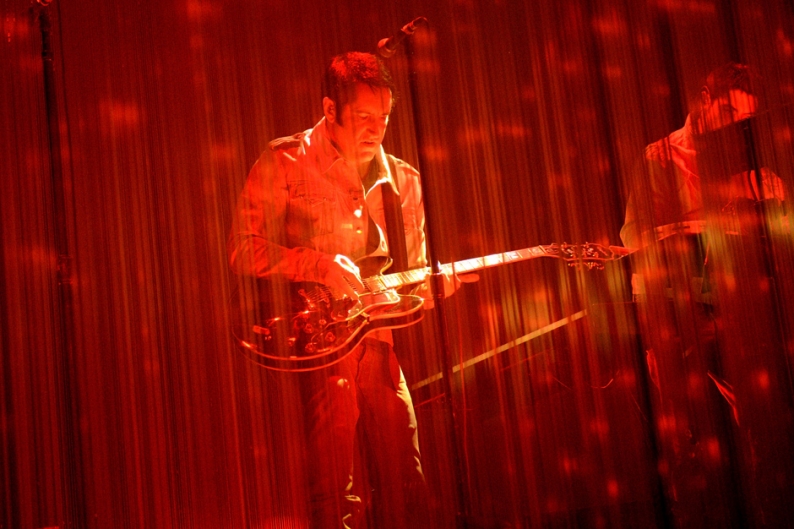 Nine Inch Nails have signed with Columbia Records and will release a brand new album later this year. In a press release announcing the move, Trent Reznor explained that his recent work with How to Destroy Angels, plus creating music for films like The Girl With the Dragon Tattoo, has inspired him to record his most well-loved band’s first new studio album since 2008’s The Slip. He also revealed he’s been collaborating with longtime producer Alan Moulder, who began working with the band for The Downward Spiral in 1994.

“I’ve been less than honest about what I’ve really been up to lately,” Reznor says by statement. “For the last year I’ve been secretly working non-stop with Atticus Ross and Alan Moulder on a new, full-length Nine Inch Nails record, which I am happy to say is finished and frankly fucking great. This is the real impetus and motivation behind the decision to assemble a new band and tour again. My forays into film, HTDA and other projects really stimulated me creatively and I decided to focus that energy on taking Nine Inch Nails to a new place. Here we go!”

Indeed, the band has been plotting a U.S. arena tour in the fall to be followed by dates around the world stretching into 2014. Details of those shows are yet to be shared, but NIN are confirmed for a handful of festivals this summer. Their first gig since 2009 will be Japan’s Fuji Rock fest on July 26. They’re also booked for Lollapalooza, Outside Lands, Pukkelpop, Reading, Made in America, and Voodoo, amongst others. Earlier this month, Reznor solidified NIN’s touring lineup by subbing in Robin Finck for Jane’s Addiction bassist Eric Avery.