Xtina will replace her own replacement, Shakira 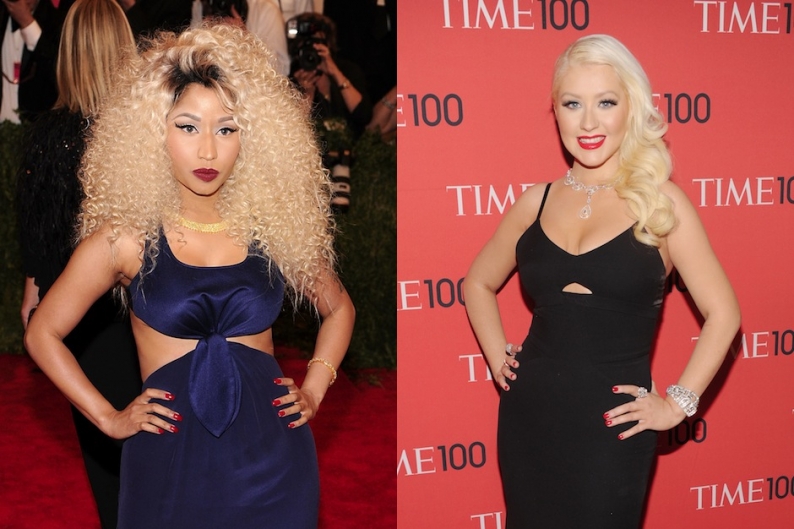 American Idol’s 12th season wraps tonight, and Nicki Minaj won’t be coming back. After rival TV singing competition The Voice ends its season on June 18, Christina Aguilera will be returning to fill her old seat, occupied most recently by Shakira. That’s according to separate reports from US Weekly.

Us’ source on Minaj’s exit is “an insider,” who’s quoted as saying, “She had a great time but she was only going to do one season anyway.” The rapper would instead be using her time on a new album, touring, and endorsements. Minaj has yet to officially confirm her reported departure from the show. She would be following Randy Jackson, Idol’s last standing original judge, on his way out the door. Minaj’s Idol stint has been famously fraught, starting with a contrived Mariah Carey feud that wound up requiring an apology from Stevie Nicks (it’s a long story, or at least, long considering how utterly silly it is). It’s unclear whether the other current judges, Carey and Keith Urban, will return next season.

The Voice host Carson Daly himself gave Us word of Shakira’s departure and Aguilera’s impending return. Shakira reportedly leaves to spend time in the studio and with her family, and she’s quoted as saying she might come back sometime later. Shakira and Usher came aboard this season to replace Aguilera and Cee Lo. While Daly could confirm Aguilera is rejoining the show, he said he wasn’t sure about Green, though he thinks a deal is in the works.