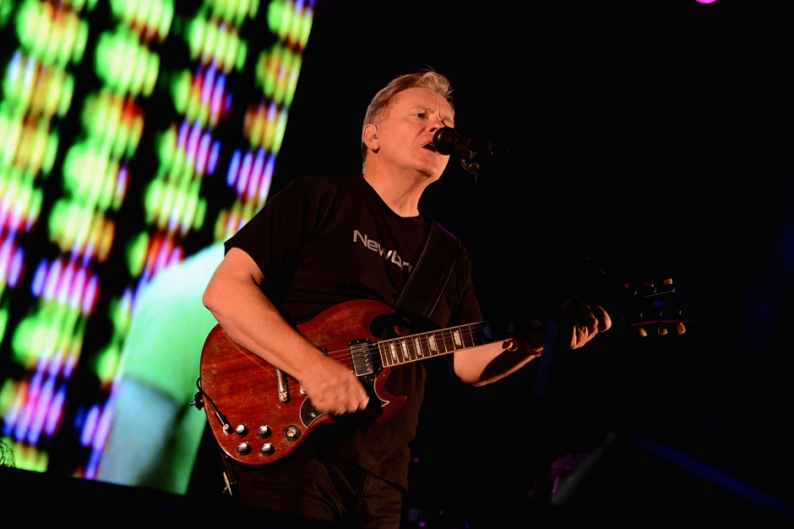 Since New Order reunited in 2011, the dance-rock icons’ live show has earned loads of attention. Aside from frontman Bernard Sumner’s recent duet with the Killers, the full band dropped by Jimmy Kimmel Live!, scheduled some gigs alongside Johnny Marr, and even ranked on SPIN’s 50 Best Things We Saw at Coachella 2013 list. Now the English crew is prepping the release of their third live album, Live at Bestival 2012.

As the NME reports, the 13-track set will be released on July 8 in digital and CD formats (via Sunday Best). All profits will benefit the Isle of Wight Youth Trust, a charity organization that offers “counseling, advice, information and support services to young people aged 25 and under on [England’s] Isle of Wight.” As the title suggests, the upcoming collection was recorded at last year’s installment of England’s annual Bestival showcase.

“We played at so many festivals in 2012, and our highlights were, without doubt, the last two in the U.K., Portmeirion and Bestival,” New Order drummer Stephen Morriss told the NME. “This charity release is a special way to mark the Bestival experience, and we’re thrilled to be working with [organizers Rob and Josie da Bank] to raise money for such a worthy cause on the island. It’s great to give something back, and also to give such a brilliant crowd something to remember the show by. And if you weren’t there, buy the CD and enjoy the experience that way!”

Live at Bestival 2012 features songs from several eras of New Order’s three-decade-plus career, and even includes a few Joy Division tunes (“Isolation,” “Transmission,” and “Love Will Tear Us Apart”). As previously mentioned, the forthcoming album will be the group’s third live record, following 1992’s BBC Radio 1 Live In Concert and 2011’s Live at the London Troxy.

New Order have a slew of upcoming performances scheduled, with dates booked in Russia, France, the U.K., and the U.S. Find the Live at Bestival 2012 track list and tour information below.