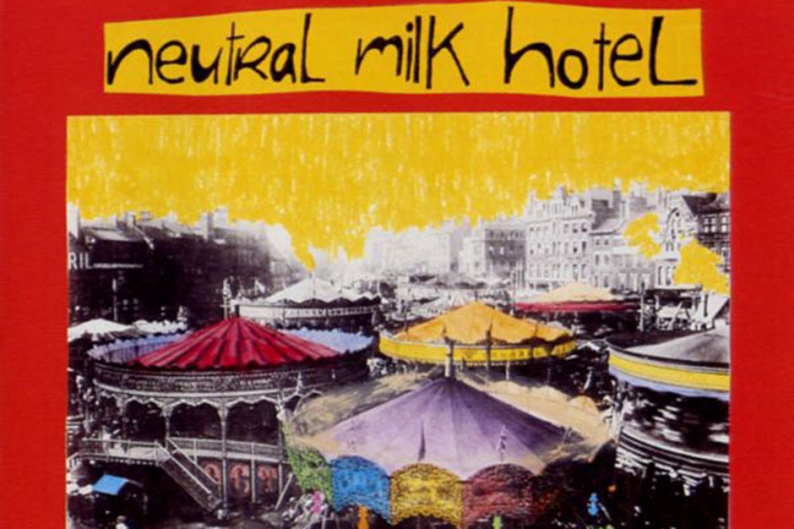 When Neutral Milk Hotel announced last week that they were reuniting for a handful of live shows, every two-headed boy and Communist daughter did a double-take. Sure, NMH mastermind Jeff Mangum has been touring for the last couple of years, performing songs credited to the legendary Elephant Six stars, but the band proper haven’t taken the stage together for more than a decade. When the big reveal came, the group wrote, “More to come and love and respect to all who were there to see Jeff play over the last year!”

Well, more has come. In addition to the five previously announced gigs (one of which is an impressive second-tier slot at this year’s Mountain Oasis Electronic Music Summit), Neutral Milk Hotel have confirmed 13 more concerts, bringing their current total of upcoming performances to 18. The international trek begins on October 11 in Baltimore and ends on December 1 in Tokyo. In between, the magical Mangum and co. will make stateside stops in Virginia, Kentucky, Illinois, Missouri, Tennessee, Alabama, Georgia, and North Carolina; the band will then take an aeroplane over the sea to Australia (dates booked in Melbourne, Sydney, and Brisbane) and Taiwan, before wrapping (as of now) in Japan.

According to Neutral Milk Hotel’s website, “More East and Midwest dates to be announced soon!” This lines up with a recent promise from longtime NMH booking agent Jim Romeo, who told Pollstar, “People should know that they shouldn’t get discouraged if they don’t get tickets to these few shows, there will be some more fall shows announced soon and a much longer and fuller tour planned for 2014 that will span the globe.”

The touring lineup includes Mangum, Scott Spillane, Julian Koster, and Jeremy Barnes, the roster originally assembled after the release of NMH’s debut album, 1996’s On Avery Island. Ticketing information can be found here. A portion of concert proceeds, and purchases of the Neutral Milk Hotel box set, will be donated to Children of the Blue Sky, which aids homeless children in Mongolia.