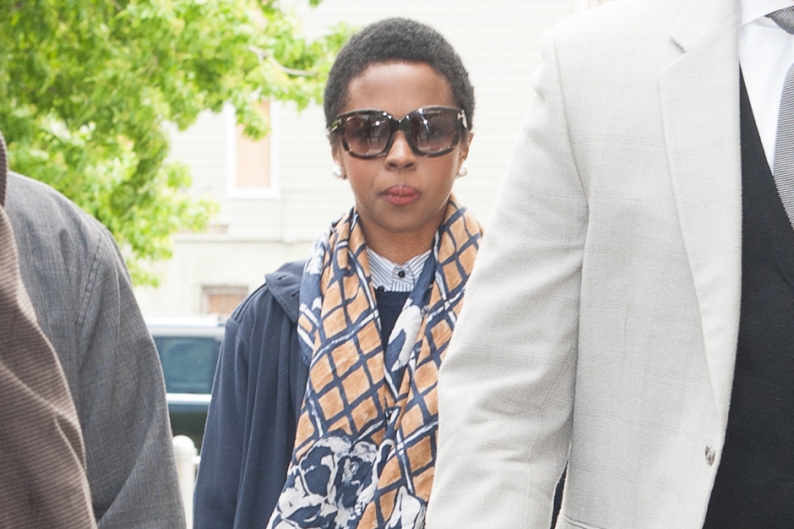 Lauryn Hill has been sentenced to three months in prison, to be followed by three months of home confinement, despite having paid her long overdue taxes over the weekend. According to Reuters, the former Fugee settled her entire bill before her Monday (May 6) court date — an amount that came to about $900,000 in money owed to the federal government and the State of New Jersey, plus penalties, for a three-year stretch in which she failed to file.

Before the payment went through, Hill was at risk of heading to jail for three years — one for each delinquent pay period from 2005 through 2007 — but early reports today predicted the sentence would be adjusted accordingly. ABC News reports that she made a “forceful statement” to Newark, New Jersey’s U.S. District Court judge, explaining, “I needed to be able to earn so I could pay my taxes, without compromising the health and welfare of my children, and I was being denied that.” Apparently she failed to provide further detail.

Hope for Hill emerged last week when it was announced that she had signed a new record deal with Sony after a decade of mostly avoiding the industry. The deal is rumored to have netted her at least $1 million, and is thought to have been partially inspired by the long-missed singer’s dire financial straights. We heard the first song from that new venture, “Neurotic Society” earlier today. Her attorney Nathan Hochman told Reuters that the she actually paid off her debt via a loan leveraged against two pieces of real estate.