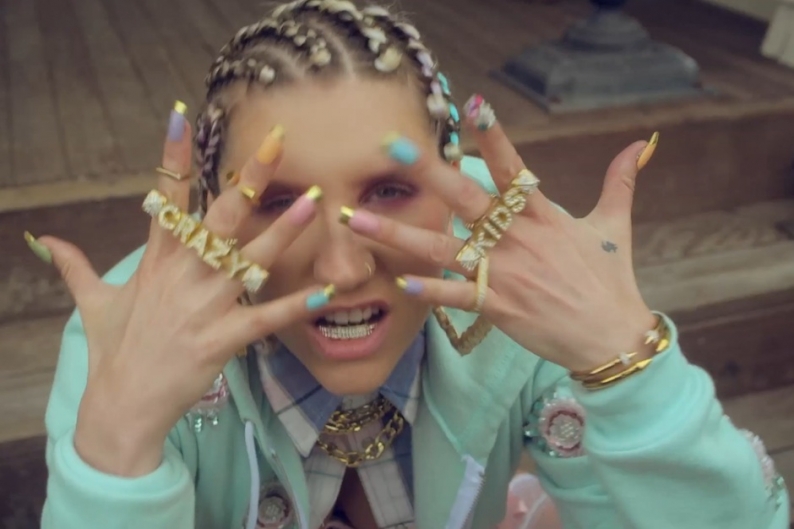 Ke$ha’s late-2012 sophomore album Warrior, our own Chuck Eddy wrote, “could use more class warrior.” The video for the Will.i.am-mehhed version doesn’t quite get back to spewing in rich dude’s closets or blowing off Benzed-up bourgie friends Eddy and the rest of us miss, but the house party it shows sure ain’t that exclusive New York “punk” gala where Kanye West declared himself a god.

Ke$ha tries on a few different outlandish costumes, but the most memorable is her Riff Raff-like getup with braids and gold teeth. Will.i.am is there as a hologram in a golden astronaut suit. But so are graying biker dudes. Wait, maybe that means we’re all the crazy kids?! Pass the glittery bottles and pray they don’t contain a substance that would incur the professional outrage of the Parents Television Council.

Watch over at MTV or, once available, below. Darren Craig, who also helmed Warrior’s psychedelic-waitress “C’mon” video, directs.