Who Charted? Kenny Chesney, So Let’s All Quit and Sing Songs About Tractors

Macklemore sets a record, Mariah and Miguel prep a coup 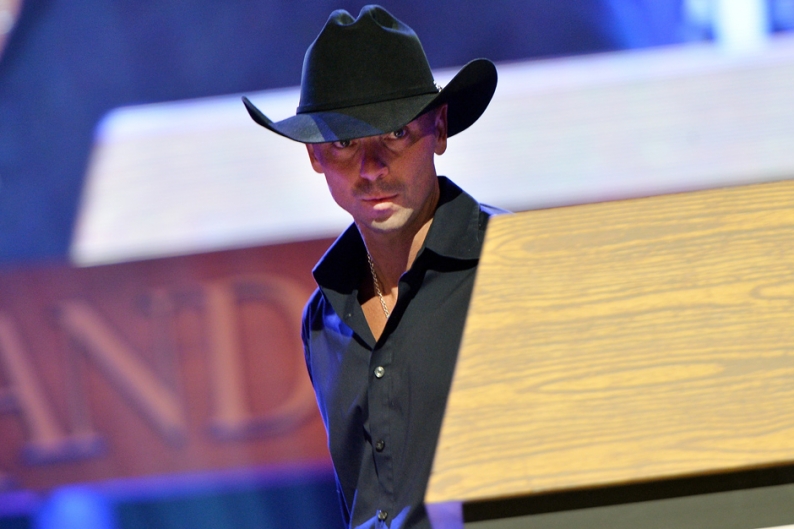 First! Well, we’re not all that stoked for the guy, but Kenny Chesney’s No. 1 victory for his 16th studio album Life on a Rock does give us an idea. The new set sold 153,000 according to Nielsen SoundScan — a very solid debut these days, which also happens to be his worst since 1999. His last album came out less than 11 months ago and it bowed at 193K. In fact, the man has released 10 (!) albums since 2004 and every single one of them has debuted in the Top 4, seven of those starting at the top of the Billboard 200. It is upon learning this that we humbly submit our resignation and head out for a life of storied bad luck to be followed almost immediately by untold riches and endless adoration.

Smacklemore: America’s addiction to the mysterious substance known as Macklemore & Ryan Lewis (scientists still aren’t sure what a “Ryan Lewis” is) continues unabated as “Can’t Hold Us” becomes the biggest song in the land. Following their “Thrift Shop” victory, this new coup makes these guys the first duo in Billboard Hot 100 history to send their first two singles to the No. 1 slot. A real testament to being on one’s “i-n-d-e-p-e-n-d-e-n-t shit.” You know, hustlin’.

Beautiful Beginnings: Mariah Carey’s Miguel-featuring (and Miguel co-written, and Miguel produced) “#Beautiful” is off to a strong start. The shimmering song-of-the-summer contender picked up 29 million “all-format audience impressions” (radio, streams, YouTube, iTunes, etc.) in its first 24 hours in circulation, and is projected to sell more than 100,000 on its debut week. The video is set to premiere on American Idol tonight (May 8). Insiders project that Carey will giggle endearingly at least twice in the clip.