We're in a glass case of emotion! 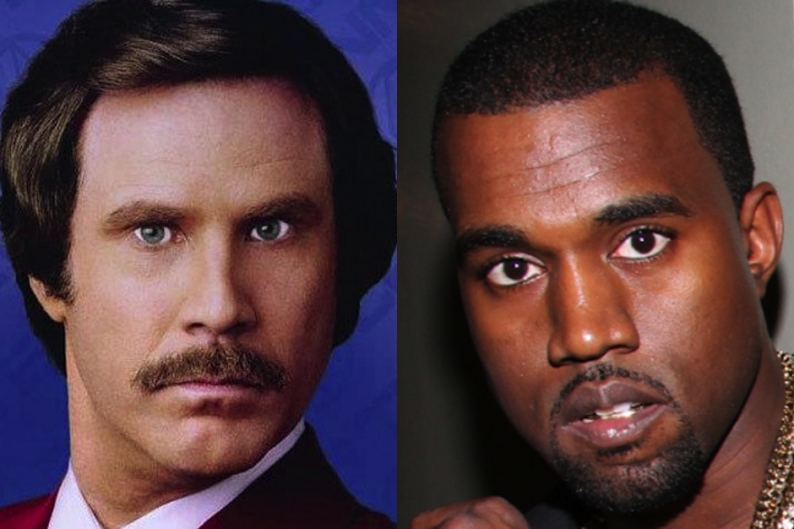 Kanye West in on track to make a cameo in Will Ferrell’s upcoming Anchorman sequel.

As the Atlanta Journal Constitution reports, the rapper last seen in designer clothes screaming about being a god at a punk-inspired New York City gala was in downtown Atlanta yesterday for the filming of Anchorman: The Legend Continues.

The studio declined to comment to E! Online about any role for West, but the celebrity news site’s sources say he was part of a fight scene, where were guessing if you were a man he’d punch you. He’d punch you right in the mouth.

Here’s what we know about Kanye West’s upcoming album, which is “dark” and involves Daft Punk. West is slated for a May 18 performance on Saturday Night Live. And his God-ly utterances have inspired us to come up with the list Bigger Than Jesus: 25 Rock Deities, Rap Messiahs, and Would-Be Golden Gods. God told us He commands you to read it.