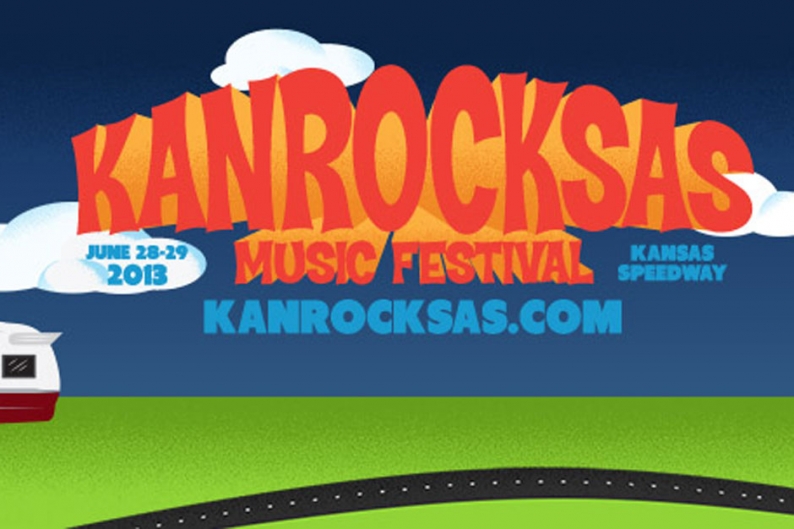 Kanrocksas Music Festival — a two-day showcase set to take place on June 28 and 29 at Kansas Speedway — has been canceled. According to a statement published on the Kanrocksas website, lackluster ticket sales are to blame. As of now there are no plans to reschedule the event. All refunds will be processed electronically and ticket holders should have received an email containing other details. The announcement came on Tuesday, May 28, exactly one month before the festivities were supposed to kick off.

The first Kanrocksas event was held in 2011 and featured live performances from Eminem, the Flaming Lips, Muse, Best Coast, Black Keys, Girl Talk, and Bassnectar. Organizers skipped 2012, but they assembled a strong lineup for 2013: Yeah Yeah Yeahs, Kendrick Lamar, Grimes, fun., Tiësto, Killer Mike, and MGMT were just some of the acts booked to perform.

“We’ve got solid bands booked for each night, we really do,” organizer Bill Brandmeyer told KC Confidential (via Consequence of Sound) in January. “We’re going to do a festival that’s full of bands young people want to see, people 18 to 34.”

Too bad that coveted demographic wasn’t willing to shell out the cash. As SPIN reported back in March, a limited number of two-day passes were fetching $175.

Still, it’s not a total loss for fans who bought tickets to Kanrocksas. The folks behind Omaha’s Maha Music Festival are offering $30 discount tickets to anyone who forwards their Kanrocksas ticket purchase confirmation to [email protected] As Maha’s Facebook page points out, “That’s a savings of 33% and we promise not to cancel on you.”

Maha promises live sets from the Flaming Lips, Matt & Kim, Bob Mould, the Thermals, and Thao & the Get Down Stay Down. Currently, tickets for Maha Music Festival — which will take place at Aksarben Village on August 17 — cost $45.

Read the entire statement from Kanrocksas organizers below.

Due to insufficient ticket sales, Midwest Music Festivals and Kansas Speedway have decided to cancel the 2013 Kanrocksas Music Festival scheduled for June 28th and 29th.

There are no plans to reschedule the event at this time.

The Kanrocksas authorized ticketing agent, ground(ctrl), will process all ticket refunds including service fees electronically. Customers will receive an email Tuesday, May 28th informing them of the cancellation and when they can expect their refund.

For questions about refunds or to check the status of your refund please visit: http://support.groundctrl.com

Sincere thanks from our entire event staff to those who supported the festival in 2011 and with advance tickets this year.