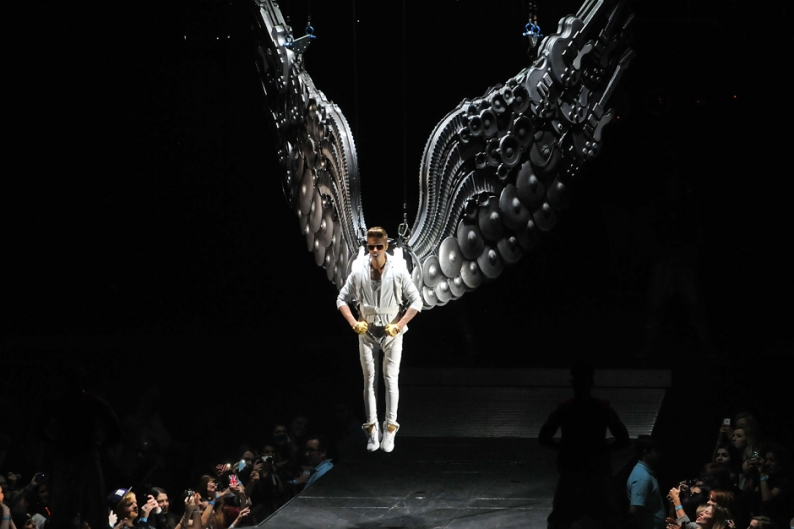 It’s the rare cause or event that unites Republicans and Democrats these days, but according to a music survey by Public Policy Polling, members of both parties can agree: Justin Bieber totally sucks. The Raleigh, North Carolina polling firm reached out to 571 voters about such topics as Snoop Dogg’s ever-shifting recording name, whether Chris Brown and Rihanna should be together, and which musician they’d prefer to see made president.

While Brown did receive a lower general favorability rating when all of the votes were tallied (13 percent said they had a favorable opinion, 57 percent unfavorable), Bieber was the only artist who drew an “unfavorable” majority amongst Dems, ‘Pubs, and Independents. The 19-year-old pop disaster scored an overall 20-54. It should be noted that respondents were all of voting age, and the 60 percent were over the age of 45. But still: haaaa-ha!

When offered the choice between Calvin Broadus’ various pseudonyms, a majority preferred Snoop Dogg (56), a handful miss Snoop Doggy Dogg (30), and barely anybody thinks Snoop Lion is a good idea (14). Only 8 percent of those polled felt that Brown and Rihanna should “get back together” — 67 percent oppose and the rest had no opinion. Given a choice between eight different pop stars for U.S. President, Americans overwhelmingly prefer Justin Timberlake.

Though the suit-and-tie-wearing singer crushed the competition (Adele, Bieber, Beyoncé, Brown, Jay-Z, Lady Gaga, and Rihanna), not everyone showed unabashed support for his music. PPP asked people to weigh in on JT’s more realistic career options, and while 49 percent of women said they prefer him singing, only 31 percent of men could get behind that — 40 said he should just play golf. We can only assume they want to meet him on the links.