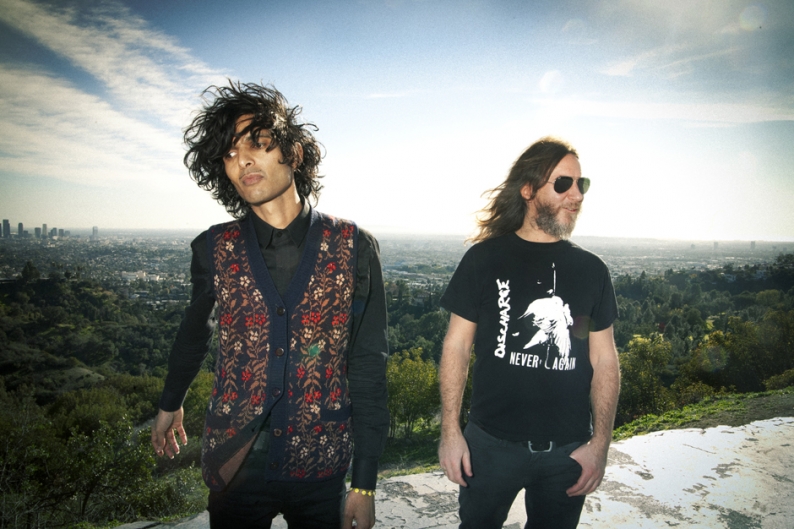 Black Sabbath’s 13 doesn’t arrive until June, but fans of ominously trudging psychedelia can tide themselves over by spending some time with Grim Tower, the new project from Imaad Wasif and Black Mountain’s Stephen McBean. The duo, whose debut, Anarchic Breezes, is out May 21 on Outer Battery, have positioned themselves as “New Acoustic Death Folk,” but “heavy” should suffice. “Soft Séance” is nicely representative, as McBean sings a doleful melody reminiscent of Sabbath’s “Wheels of Confusion” over molten electric guitar, tambourine, and eastern drones. The first line of the song is “Wander over a vast magnetic fortress.” Dim the lights, close your eyes, and you can imagine the music doing just that.