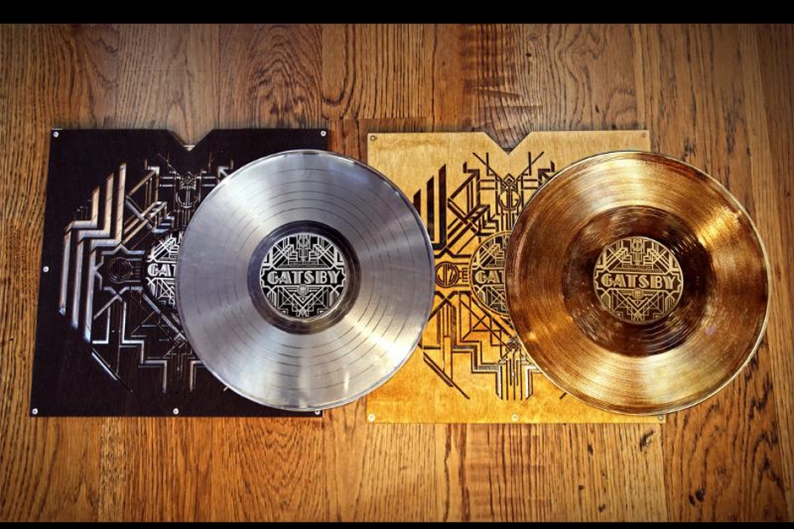 If you’re like most of us, you’re a little swept up in the excitement surrounding Baz Luhrman’s The Great Gatsby remake, but more than a little turned off by the lackluster Jay-Z-curated score. Good news: Thanks to Jack White’s Third Man Records, the soundtrack will now have loads of luster — only, the physical kind that could maybe actually temporarily blind you if held at the right angle.

The double LP deluxe version of the star-studded set will come on “metalized” vinyl. Disc one is coated in actual platinum, disc two is covered in actual gold, and they’ll come packaged in laser-cut birch record jackets “riveted to aluminum spines.” The materials were chosen to “showcase the Art Deco-meets-modern style, classic meets cutting edge, which is the essence of The Great Gatsby film.”

The announcement also notes that “mere words pale in comparison to the actual physical presence of this piece.” The same could be said for the mere music it contains, but at a priced-to-sell $250, this gorgeous limited edition set is a steal. Presale kicks off Friday, May 10, at 9 a.m. CST via the label’s website, while 100 copies will be released at Third Man’s Nashville shop at 10 a.m. on the same day.