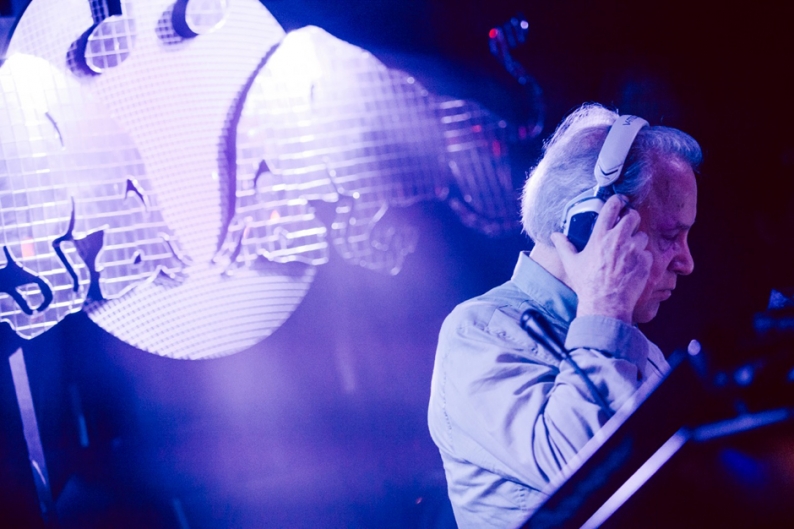 Legendary Italian producer Giorgio Moroder delivered his inaugural DJ set in New York last night (May 20) at the Red Bull Music Academy’s Brooklyn residency. He thoroughly packed Williamsburg’s Output club for the hour-long performance, in which he sung live vocals via vocoder and remixed his tracks from across the decades, spanning from his ’70s creations for Donna Summer to his collaboration with Daft Punk for Random Access Memories, “Giorgio by Moroder.”

According to an announcement from RBMA, the 73-year-old studio genius is “kick-starting a new career as a performer” thanks to the revived interest in his work. “I was quite happy just doing my crosswords,” he reportedly said during a lecture earlier in the day, “and then Daft Punk came and pulled me back in.” He was accompanied in the booth by hit-making dance super producer Chris Cox, who’s remixed Moroder before.

Official video of the DJ set and the lecture should be released soon, but for now check out a crowd-shot clip of Moroder playing Summer’s “I Feel Love” below. SPIN recently spoke to the man himself about his Random Access memories in working with Daft Punk. He also just shared “Racer,” a song he dreamed up for Google’s new mobile game of the same name. And check out Moroder’s “Collaborators” interview for a little history on his accomplishments.