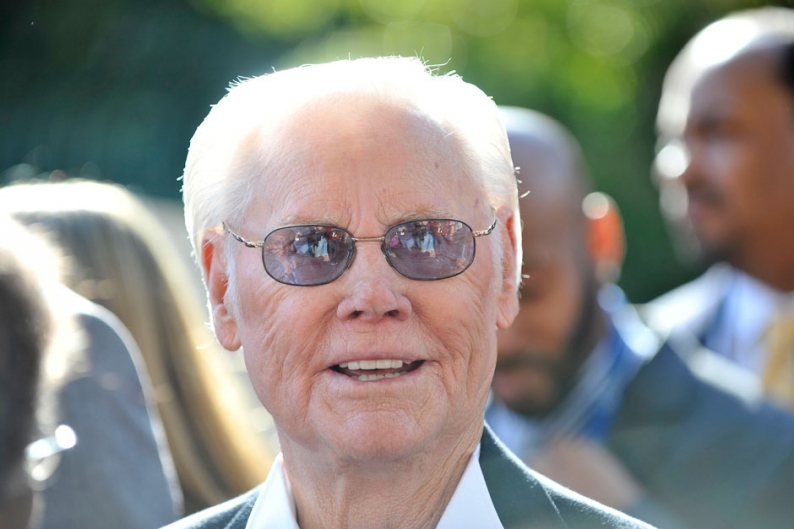 The world lost country legend George Jones last week, but thousands of fans have added to their record collections.

Billboard reports that Jones’ catalog album sales saw an exponential surge last week, with a total of 35,000 units sold, a drastic increase from the 3,000 moved the previous week. That spike represents a 1,002-percent (!) jump in the Possum’s bankability. (Worth noting: Neilsen SoundScan’s tracking period ended on April 28, so these figures only reflect data from the three days after Jones’ April 26 death; he’s very likely moved more units since.)

A public funeral for Jones will be held today (May 2) at the Grand Ole Opry House in Nashville, Tennessee. The event will feature appearances from former First Lady Laura Bush and Kenny Chesney, among others, as well as musical performances from Brad Paisley, Alan Jackson, and Kid Rock. For more information on the ceremony, which is streaming online and being broadcast on radio and television, head here.