Hear French Montana and the Weeknd Get ‘Gifted’ via Booze, Pills, and ‘Groupie Love’

From Bronx rapper's 'Excuse My French,' due May 21 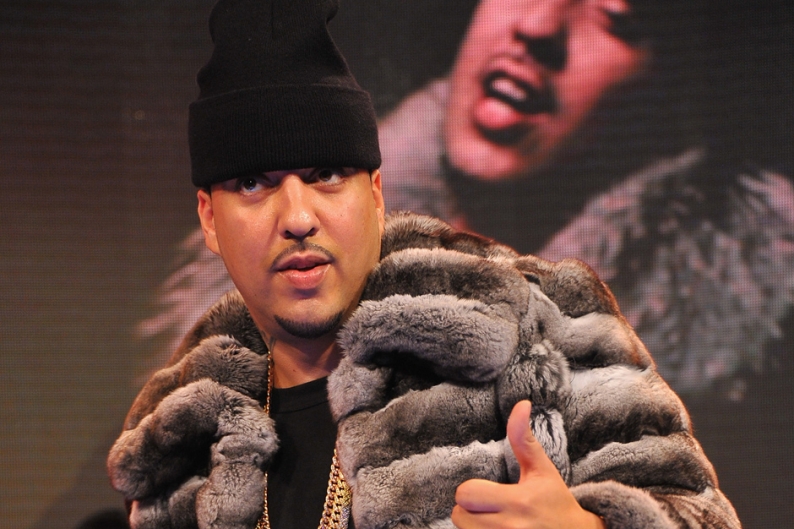 When French Montana out-Weeknd’d the Weeknd back in February, we should’ve known it’d only be a matter of time before the two actually collaborated. The Bronx MC is at last releasing his official LP debut, Excuse My French, on May 21, and the latest taste from that long-anticipated set is “The Gifted,” which gets a massive assist from Abel Tesfaye, a.k.a. the Weeknd. In fact, the track is so steeped in waste(d)land vibes that Montana merely feels like a guest who wandered into another man’s depressed and destructive mindset. That’s not to say the rapper is out of his league — he held his own while Nicki Minaj pranced around in pasties, after all, and he sounds plenty confident over the grinding guitars and plinking keys of this Danny! production. But it’s Tesfaye’s chorus that proves to be the stickiest element: “I’m gifted when I’m faded, I’m faded all the time / ‘Cause I know that’s when they love me, they love me when I’m high.” Montana for his part shouts out all sorts of troubled famous people: Whitney Houston, Jimi Hendrix, Tiger Woods, and Hugh Hefner. (via Under the Gun)