Modest Mouse, Passion Pit, MGMT, Neko Case, Beach House, and Toro y Moi are set to christen the stage during the inaugural First City Festival, which takes place on August 24 and 25. The two-day event, presented by Coachella promoters Goldenvoice, will be held at the Monterey County Fairgrounds in California, the site of the legendary 1967 Monterey Pop Festival — a.k.a. one of the showcases where Jimi Hendrix famously lit his guitar on fire. 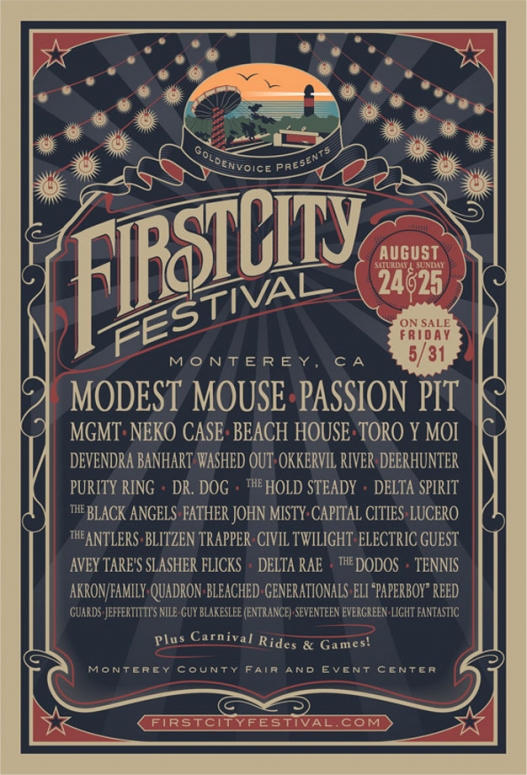