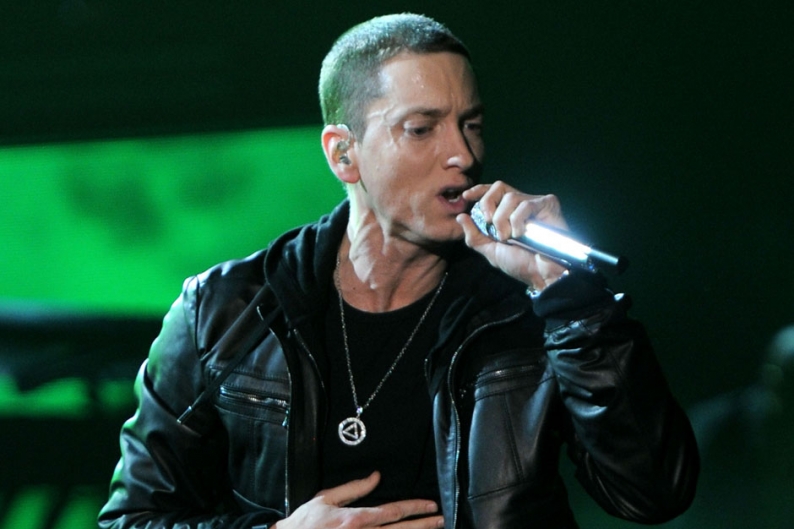 Dear everyone, Eminem is totally fine. You can stop asking Google about his alleged stabbing now. On Wednesday (May 15), a bogus Facebook message made the rounds featuring a photo of a man’s gruesomely knifed back along with the words: “Rapper Eminem left nearly DEAD after being stabbed 4 times in NYC!” As no one will be surprised to find out, the photo isn’t of Slim Shady, and clicking on it will only bring you a world of spam.

As WebProNews points out, the post also claims that said incident was caught on a surveillance camera and offers a link to footage. Of course, it instead offers an onslaught of survey scams and info phishing, not to mention pleas for reshares. The link reportedly takes you to a website that hosts a video player and a faked Facebook comment section plugin. If you hit the play button, you deserve what’s coming to you.

“These happen all the time. He’s fine,” said a publicist for Interscope via e-mail, and he’s right. In fact, The same photo appeared in a 2011 Facebook hoax that alleged Justin Bieber had been stabbed by a “CRAZED” fan outside of a New York nightclub. This isn’t even the first time Eminem’s name has been hijacked for this sort of scam. The Detroit MC was referenced in at least two other social media hoaxes that involved shankings.

In actual Eminem-related news, Chris Rock has pretty much been confirmed his appearance on the man’s forthcoming eighth studio album, which is slated for a post-Memorial Day release. The comic shared a photo of himself in the studio with Em, and when asked about the image during an appearance on Fuse TV earlier this week (via Vibe), Rock simply said, “I can’t really say.” He then added, “I was on the Kanye record,” referencing his cameo on “Blame Game,” a track off Kanye West’s My Beautiful Dark Twisted Fantasy. “Maybe I’m on the Eminem record,” Rock teased. “You never know.”