Just in time for the playoffs! 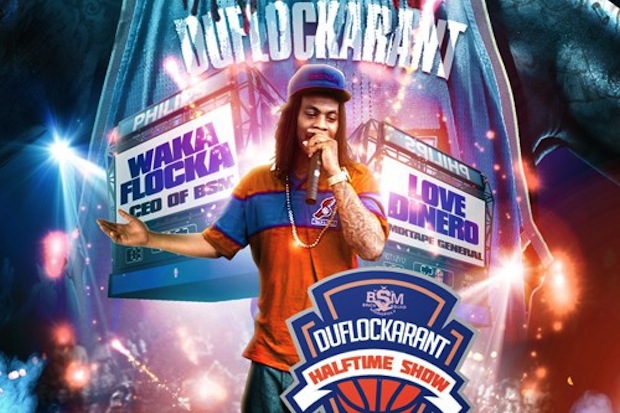 With the NBA playoffs in full swing — featuring a number of various NBA players mentioned in rap songs — Waka Flocka Flame has graced us with the third edition of his DuFlocka Rant mixtape series, DuFlocka Rant Halftime Show. Though light on guest stars — save for new Brick Squad member Young Thug, who stars on “Come Around” — the tape often finds Waka rapping over feathery beats that push him away from the punishing sound so often associated with his music. If anything, the tape aims to coast on hazy club vibes, the spirit of the Weeknd infusing itself into trap music.