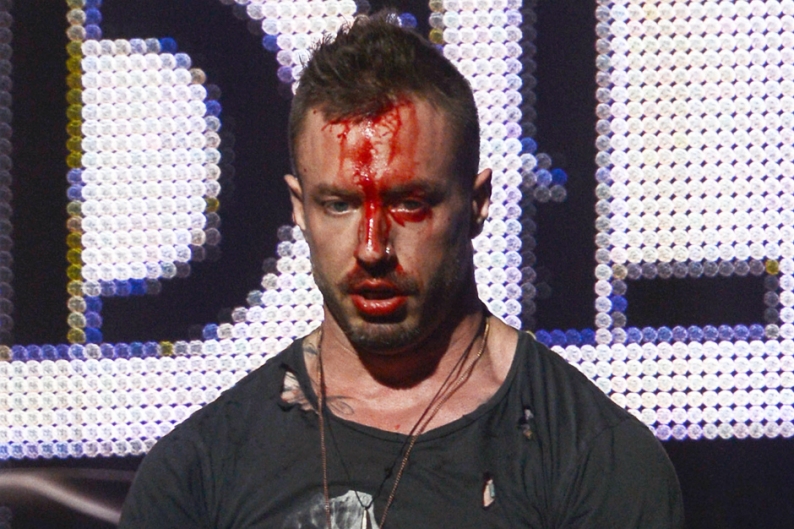 New Jersey mathcore crushers Dillinger Escape Plan are only days away from releasing their first album in three years, One of Us Is the Killer. Back in March, we heard the first incredibly brutal taste of that LP, “Prancer,” which was hardly the light and happy hot-stepper its title implied. “Pounding pistons and bags of glass” were the words we used at the time, accompanied by the maniacal shouts of Greg Puciato. Of course there was that one moment of reprieve with its odd, Bungle-like beauty. The latest leak from the record brings to mind Mike Patton in a different context. With Faith No More, the onetime Dillinger singer famously crooned, “It’s always funny until someone gets hurt, and then it’s just hilarious.” Puciato would beg to differ. New song “Nothing’s Funny” owes a great deal to the gnarled, melodically sophisticated freakouts of FNM circa King for a Day, but the song posits that “the joke’s on me … nothing’s ever fun and nothing’s funny.” Then again, if masochism is your type of fun, this song might give you the warm fuzzies.