Drummer is skipping current tour to write and direct 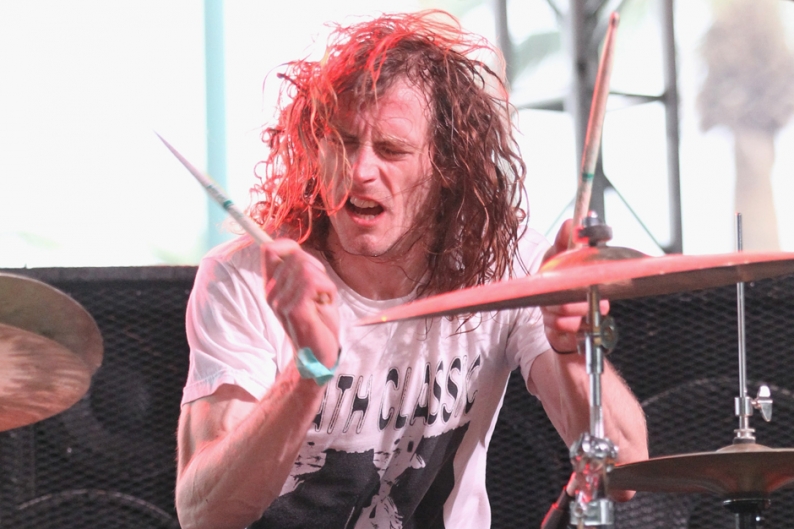 The next new music we hear from Death Grips may come via an in-development feature film written and directed by drummer Zach Hill. In an announcement shared via Pitchfork, the noise-rap posse explained that “The movie is of his own creation, fictionally based and not related to the group.” Yet, “The film will be soundtracked with all new Death Grips music.” This could be the group’s first fresh work since the indomitable NO LOVE DEEP WEB.

SPIN’s Best Artists of 2012 are currently touring Europe, but Hill is staying behind to work on his movie, and also the next album from the gang, fronted of course by Stefan “Ride” Burnett and assisted by noisenik Andy “Flatlander” Morin. That doesn’t necessarily mean fans won’t see Hill at shows, however. At a recent SXSW performance, the drummer’s apeshit performance was beamed in via Skype. They do like to keep things mysterious.

The last we heard from the DGz was early April, when they somehow managed to make Prodigy’s “Firestarter” more frenetic, frenzied, terrifying, and terrific than it was all the way back in 1996.