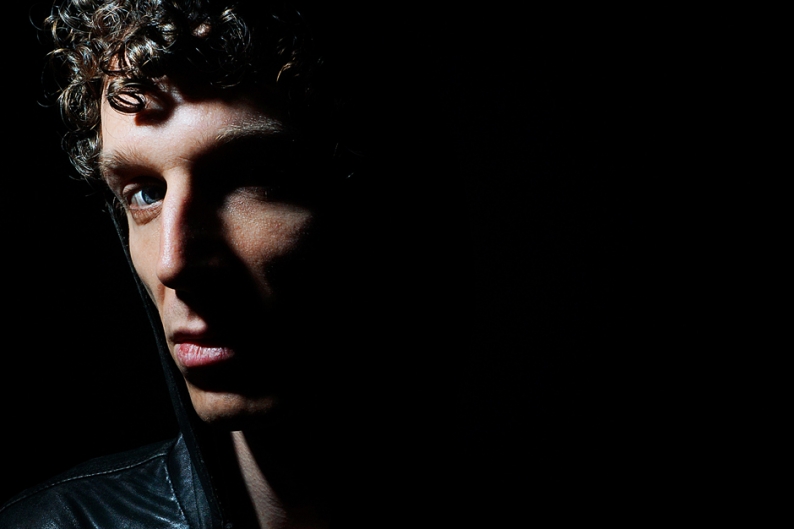 Phonat Identity Theft EP (OWSLA)
What does it mean that what we have here is essentially a 2-step garage song on Skrillex’s OWSLA label? I’d never heard of Phonat until now, but apparently the Italian producer (Michele Balduzzi) has been kicking around for a while, with releases going back to at least 2005. According to his bio, his 2008 album eventually got picked up by Atlantic/Big Beat, which makes me wonder if he’s just one of those artists who gets sucked into the major-label system based on some A&R’s whim, yet whom nobody actually listens to. (Weirdly, he’s not mentioned anywhere on Big Beat’s website, and Beatport lists his album as coming through his own MofoHifi label, so who knows what the real deal is. Although his “Set Me Free” video, from 2009, has nearly half a million views, so clearly someone is listening to him.)

Phonat’s work until now has been a mishmash of breaks, buzzy electro house, and Todd Edwards-inspired vocal choppery poised somewhere between Daft Punk, Justice, and Pretty Lights, but his six-track EP for OWSLA sounds far more focused and way better produced. “Machines Do Care” opens the EP with the kind of glitches and sinewave sweeps you’d expect to hear on a Mille Plateaux album — which is odd, to say the least; who ever expected to hear SND referenced, even unconsciously, in a context like this? — before it gels into a cut-and-pastey electro-soul exercise. “Morden Life” and “Don’t Talk, Now” both sound like James Blake run through a very expensive computer. And “All This Time,” “Identity Theft,” and “Ride the Prejudice,” the EP’s standout, play with flickering garage tropes — opalescent chords, pitch-shifted vocal samples, diamond-tipped rimshots — while folding them into a kinetic, hi-def soundworld that can only be described as Skrillexian. Perhaps the record isn’t as surprising as it seems; maybe it’s just the inevitable byproduct of Disclosure’s newfound fame as torchbearers for a sound popularized more than a decade ago. But give Skrillex credit for taking chances with his label; it sure beats yet another “genre-blending” trap/dubstep hodgepodge. Now if only he could do something about those Chipmunks vocals. But, in his defense, it’s not like the U.K. house “underground” has moved past them, either. Just say no to helium-house, people!

Stellar OM Source “Elite Excel” (RVNG)
Techno gets everyone eventually. Christelle Gualdi studied electro-acoustic composition at the Conservatoire de Paris before her interests turned to shimmering analog soundscapes inspired by Klaus Schulze and thrift-store new-age records; the albums and CDRs she released as Stellar OM Source over the past five years slot neatly alongside the arpeggiated fantasias of Oneohtrix Point Never and James Ferraro. That was all before the Hague-based musician scored a TB-303 on eBay. (Broke nerds, take heart: She got it for a mere €25, which means that miracles can happen.) The bass synthesizer’s gliding pitch appears to have served as a slippery slope back to dance music’s roots, because her new album, Joy One Mile, finds her grafting her slippery sequences over tough machine beats in a way that recalls vintage Detroit techno, Chicago house, and Sheffield bleep. As the lead single “Elite Excel” shows, there’s more going on here than just retro genuflection; she begins with a spindly machine beat and bass bleats reminiscent of Sweet Exorcist’s “Testone,” but as her compositional instincts kick in, the song’s proportions swell to encompass a dizzying array of counterpoints and spine-tingling timbres. A remix from the Workshop label’s Kassem Mosse makes the most of those lush textures, slowing the beat to a writhing mid-tempo gait and reveling in dissonance. Despite the heavy groove, it’s as enamored of outer space as Stellar OM Source’s earlier, ambient recordings, lending the sense of things coming full circle.

Baby Ford Ugold Series II (Ugold Series)
“Minimalism,” despite what it stands for, is an unwieldy term. It has been used to describe pulse studies (Steve Reich), droning tone-filaments (Tony Conrad), digital pinpricks (Alva Noto), and rustles of near nothingness (Steve Roden), among other sounds and strategies. It’s safe to say that there are nearly as many minimalisms as there are minimalists. Baby Ford’s new EP — the British producer’s first new release since his Gravy Train EP for Perlon, in 2009 — plays with the illusion of stasis by flipping the conventions of musical movement. Across the nine minutes of “Curfew” and the seven minutes of “Snakes and Ladders,” very little happens. A kick drum might occasionally drop out, or a murmuring voice might briefly dart into earshot, but otherwise it’s like flying over a long, flat expanse of forest that stretches, unbroken, to the horizon. What movement does happen takes place as if under a microscope. You have to zoom in to perceive the variation, which manifests itself in tiny polyrhythmic squiggles that pile up in a multi-layered moiré. Unlike “mnml,” the tech-house mutation that favored small, clipped sounds but otherwise had little conceptual rigor behind it, Baby Ford’s hypnotic vision of minimalism takes the long view, all the way down to the atomic level.

DJ Qu Undescribed EP (Synchrophone)
DJ Qu “The Way”/”Liquid” (Strength Music)
New Jersey’s DJ Qu takes a similar approach to Baby Ford; the moodiness and murkiness of his productions may scan as “deep house,” but behind those backmasked pianos and sensuous whispers lie an interest in stripping back to essentials and finding infinity at the center of repetition’s churn. Qu is in sublimely restrained form on his Undescribed EP for France’s Synchrophone label; all three tracks stretch out in long, languid arcs, uncurling with the fluid motion of blossoming flowers caught on time-lapse. He’s a master of the high end, with shakers and hi-hats chattering like early-morning lawn sprinklers, but the real action takes place deep within the mix, where blurry chords rub up against bulbous bass tones. What’s happening down at that level is anyone’s guess, but the mystery is precisely what draws you in.

The same yearning churn animates “Liquid” and “Liquid Beats,” the B-side tracks on DJ Qu’s new EP for his own Strength Music label. “Liquid,” with its layered synth pads and muted voices, sounds like some magical combination of Philip Glass’ Koyaanisqatsi and Kevin Saunderson’s World of Deep, while the drum tool “Liquid Beats” bristles like a fistful of icicles. But the A-side’s “The Way” and “The Way Part II” blow DJ Qu’s linear obsessions wide open, as the Chicago singer Peven Everett carves out a breathy space between George Benson and Arthur Russell, and Blaze’s Josh Milan pulls the lid off the grid with a rippling piano solo that just goes and goes and goes.