Dance Tracks of the Week: Neon Tribalism from MMM, Moire, and More

Plus: Future Times, CRWDSPCR, and One Eyed Jacks 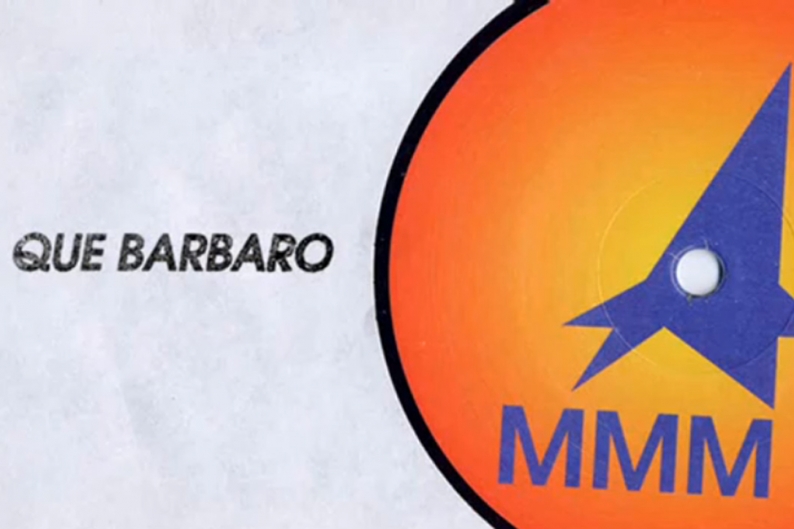 Welcome to SPIN’s new weekly roundup of the best (and, occasionally, the worst) in dance music. Like Control Voltage’s Friday Five, an earlier iteration of the same theme, it’s an entirely subjective, proudly authoritative look at the artists, tracks, and trends we think you should know about, as you try to navigate dance music’s whirpool of change.

Huerco S. “Apheleia’s Theme” (Future Times)
After several months of what Maxmillion Dunbar described as “really shitty, haunting mystery problems” at the pressing plant — “It’s not even stuff we’ve dealt with before, it’s just this static electrical noise, and it is seriously delaying our shit,” he told me when I interviewed him a few months back — D.C.’s Future Times label is back in action. Test pressings of the new EP from Kansas City’s Huerco S. have finally passed muster, and the 12-inch is due out shortly. (It is perhaps ironic that even the digital masters for “Ausschachtung” and “Cercy” are slathered in milky, downsampled grit, but that’s just how Huerco rolls; there’s a difference, after all, between expressive noise and the unwanted variety, even in lo-fi productions.) Both B-side cuts are appealingly melancholic and muddle-headed, but the A side’s “Apheleia’s Theme” is the real gem. Borrowing a page from Newworldaquarium’s timeless “Trespassers,” it’s a hypnotic study in restraint, with muscular drum programming kicking against redlining bass and watery chords.

Moiré Rolx (Rush Hour)
Mystery producer Moiré made his murky debut on Actress’ Werkdiscs earlier this year; his new record for Rush Hour is follows in similar fashion. Pulsing chords and stray voices are spun into a whirl over drum machines that have been dubbed to hell and back; reverb congeals around wispy synths like a ball of cotton candy being misted with motor oil. The mood is suggestive of Workshop Records — druggy, preoccupied, an uneasy daydream. Polyrhythms pile up in shuffling syncopations and herky-jerky gestures, just as you’d expect from an artist called “Moiré,” with clean-lined patterns peeling off into 50,000 shades of grey. (Hear samples at Rush Hour.)

MMM, “Que Barbaro” / “Casiotone Dub” (MMM)
As with all the output of this Berlin camp, the new MMM single is a mmmonster. MMM is the duo of Berghain resident Fiedel and Errorsmith, who plays in the duo Smith n Hack alongside Soundhack (a.k.a. Soundstream). While their shifting configurations may be hard to follow, the same hardly could be said of their productions, which revel in brute simplicity. Whether it’s Soundstream’s twitchy disco edits or Errorsmith’s stutter-stepping live techno freakouts (note: the origins of Oni Ayhun’s mercurial sound are right there in Near Disco Dawn’s “Never Enough,” from 2004), once you peel away the overdrive you’re left with a sense of structure so pristine it’s almost chilling. Just as Fiedel’s recent single “Ferro” was predicated on a tightly plucked guitar lead — twang has been a constant throughout much of the collective’s catalog — “Que Barbaro” avails itself of carefully diced guitar chords with an African feel. Snapping dem bow snares strengthen the tune’s kwaito vibes, while the overtone-enriched fuzz bass is squealy enough to keep even EDM kids happy: It’s rave at its most universalist. “Casiotone Dub” shifts the dem bow pattern to the hi-hats and goes to town on a pokey Casiotone bass line, sounding like “Sleng Teng” overhauled for techno dance floors.

Yes Wizard, “Ubatuba” / “Generator 2″ (CRWDSPCR)
Yes Wizard is another artist with kwaito leanings; his previous records for Joakim’s Tigersushi label have been wide-eyed celebrations of neon tribalism, full of plinking kalimba, banging Roland drum machines, and pitch-bent leads reminiscent of DJ Mujava’s “Township Funk.” It’s unclear who, exactly, Yes Wizard is; Tigersushi maintains that he’s a mystery producer from Ubatuba, Brazil, but the playful melodies of his new single on Joakim’s recently launched CRWDSPCR imprint sure sound like the Parisian producer’s own signature. In any case, “Ubatuba” is an engrossing trip into acid burble, tropical snares, and keening melodicism, like a tropical take on Norwegian disco. “Generator2″ plunges gleefully down the modular rabbit hole, as naïve as early Aphex Twin. (Hear samples at Hard Wax.)

Infestus, Lost Bangers (One Eyed Jacks)
Infestus’ previous tracks on his own Circus Maximus imprint have run the gamut of bass styles, from dub reggae to U.K. garage and from hip-hop to wonky. Here, on a new EP for his hometown’s One Eyed Jacks label, the Lisbon producer tries his hand at grime and breakbeat hardcore. From the “Mentasm” stabs of “Dopamine Rush” to the vinyl spinbacks and sinewave alarms of “Dread,” there’s an unapologetically throwback sensibility here; no classic trope is left unturned. But the sense that these are studies doesn’t make them any less thrilling on their own terms. Strafed with sirens, jittery chords, and synth glissandi, “Dopamine Rush” is just that, and “Dread” feels like several chapters’ worth of Simon Reynolds’ Energy Flash condensed into six jaw-grinding minutes of rolling breaks and diva loops, while”Tundra Riddim” clenches its fist around brittle Eskibeat and “Pulse X”-styled bass brutalism. The outlier is “Logistics,” which grounds itself in canonical bleep techno — squarewave bass, dissonant chord stabs, “Think (About It)” yelps, the whole nine yards — yet still manages to sound futuristic, like an escape pod launched from the planet Retro.