Chris Brown’s Neighbors Hate Him, Too 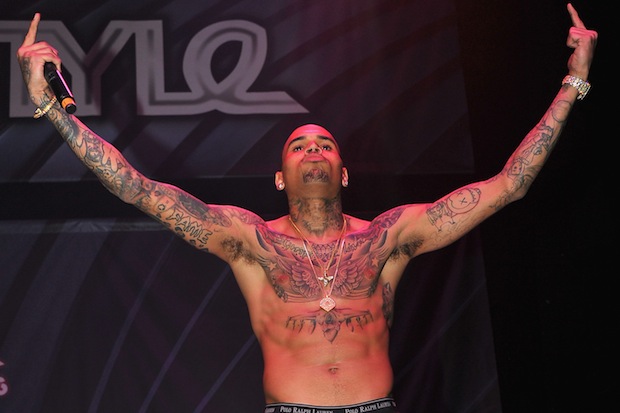 Ever since the public got wind of Rihanna’s brutal beating in 2009, Chris Brown has waged an overt battle to portray himself as a victim, at one point comparing himself to Jesus Christ on the cross. Brown doesn’t think he should be universally reviled for his past as a domestic abuser. Luckily, his Hollywood Hills neighbors hate him for an altogether different reason.

Over the weekend, the Los Angeles Times reported on a dispute between Brown and his neighbors, who insist that the cartoonishly ghoulish graffiti murals surrounding his property are terrifying their children. L.A. city code officials have already written Brown a citation requiring the art to be removed in 30 days or be fined, but Brown’s attorney says that he and the singer are prepared to fight the case.

Earlier today, SPIN spoke with one of Brown’s neighbors, who asked to remain nameless due to the nature of her work. Noting that the area is home to a number of “creative types,” the source says that “it’s not the first time that someone has put artwork on their house. I do think that they’re overreacting a little bit because it is Chris Brown’s house.” When asked if the controversy could be spillover from past incidents involving Brown and his neighbors, she said that though Brown is the most “noticeable” resident on the street, he’s been a fine neighbor.

So, residents of the Hollywood Hills: There are plenty of reasons to hate Chris Brown. Like, almost a million. But this perhaps isn’t one of them.