Babyonce No. 2 Pretty Much Confirmed 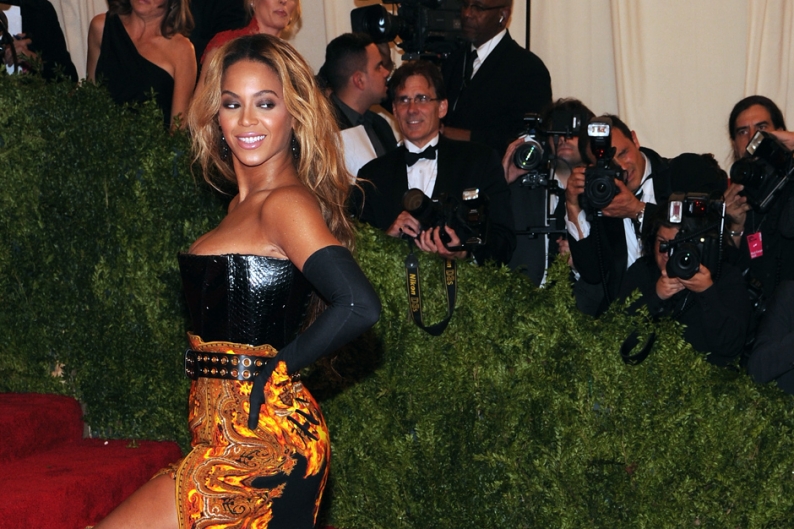 Beyoncé and Jay-Z are expecting their second child. So says E! News (and the entire Internet rumor mill), who claim to have confirmed the information via multiple trustworthy sources. The speculation ramped up earlier this month when Mrs. Knowles-Carter showed up to the “PUNK: Chaos to Couture Gala” at New York’s Metropolitan Museum of Art wearing a custom Givenchy dress cinched high above her waist.

Subsequent news that Queen Bey had canceled her May 14 show in Belgium due to doctor’s orders (via dehydration, exhaustion) stoked the flames into a five-alarm building-burner. Although a source told People at the time that “Beyoncé and Jay are planning for another baby after her tour is over and things calm down just a bit,” it seems Blue Ivy’s supposedly forthcoming sibling has other plans. After all, Arcade Fire can’t have all the fun.

Speaking of the birds and the bees, the “Grown Woman” got genuinely nasty on The-Dream’s new 2 Chainz-featuring track “Turnt,” which may explain why Shirley Manson was surprised she doesn’t just say “blow me” to online haters. Beyoncé’s fifth album is slated to be released later this year, though so far she’s only given us snippets (so many snippets), while simultaneously quashing our First Amendment rights.