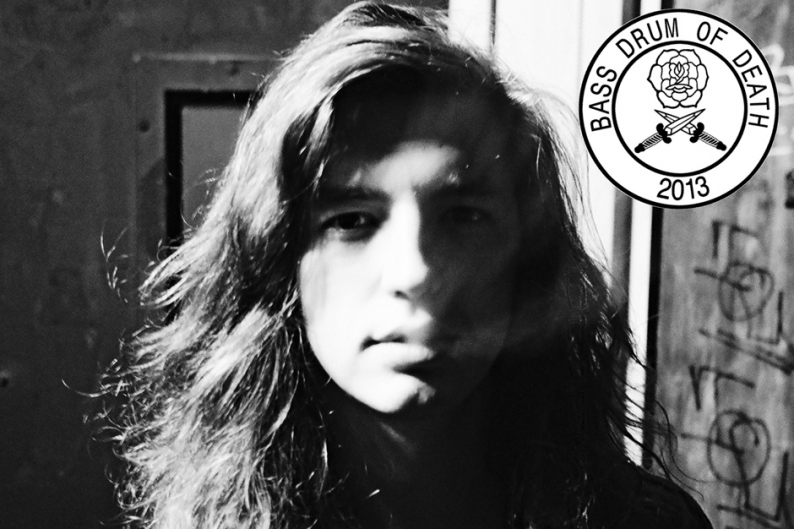 Bass Drum of Death is Mississippi’s John Barrett, a punk-fired garage tinkerer handy with all the tools one needs to jury-rig some tasty rock nuggets. “Crawling After You” feels like a full-band affair nonetheless, and it hails from June 25’s eponymous LP for Innovative Leisure, recorded by Barrett in between last year’s spate of tour dates (and also that one time when he backed up MellowHype on Fuel TV). The new song is a reverb-soaked fuzz-bomb that finds our host trying to paw his way back into the life of a former acquaintance. BDOD’s 2011 debut GB City had a lot to offer, but the new album is louder, gnarlier, catchier, and crunchier. It was also heavily influenced by nasty old proto-punkers the Pagans, the Seeds, and the Sonics. Barrett and his band hit the road with Unknown Mortal Orchestra in June. Dates after the shreddage.