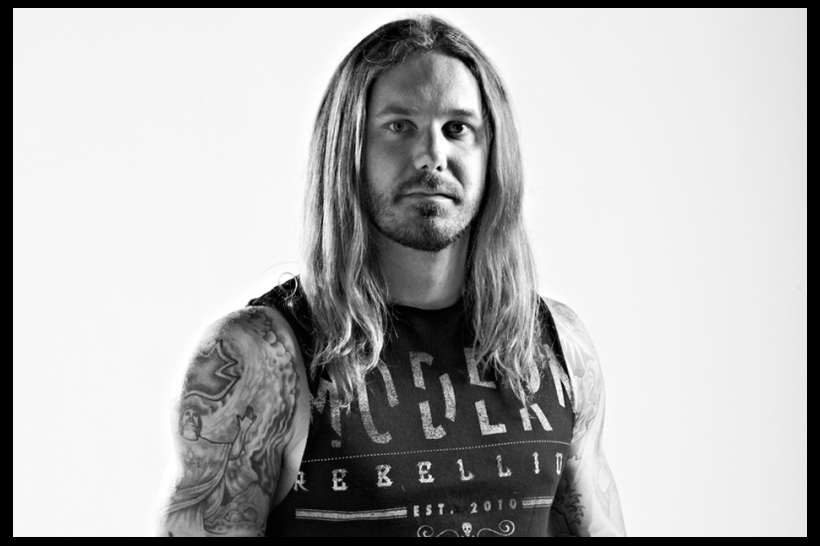 As I Lay Dying vocalist Tim Lambesis was arrested Tuesday (May 7) after allegedly attempting to hire an undercover police officer to kill his estranged wife. The San Diego County Sheriff’s Department has released a statement titled “Murder for Hire Plot Foiled,” which explains that the metalcore band’s lead screamer was picked up “without incident” around 2 p.m. at a retail location in Oceanside, California. Authorities had been alerted of Lambesis’ plans on May 2.

“Information came to us late last week,” said department spokeswoman Jan Caldwell to Artisan News (clip below). “Our detectives, our fugitive task force and the sheriff’s special investigations division immediately initiated an investigation into this allegation. We worked around the clock through the weekend and that culminated this afternoon when Lambesis solicited an undercover detective to kill his wife…We averted a tragedy today.”

North County court records indicate that Meggan Lambesis filed for divorce on September 20, 2012. Billboard reports that the couple had adopted three children from Ethiopia along the way. Tim Lambesis’ apparel company Modern Rebellion donates a portion of its profits to the Trees of Glory charity, which works to supply clean water to Ethiopian orphans. Lambesis, 32, has frequently publicly identified himself and his bandmates as Christian.

As I Lay Dying picked up a Grammy nomination for “Best Metal Performance” in 2008 for the song “Nothing Left,” and released their sixth studio album Awakened last September. They’re veterans of Warped Tour, Ozzfest, and the Revolver Golden God Awards. Lambesis recently raised nearly $80,000 via Indiegogo to fund the new album from his Austrian Death Machine project, which borrows inspiration from Arnold Schwarzenegger films.

Lambesis’ main band recently returned from a jaunt in Asia and was preparing to depart for a U.S. tour on May 30 supporting Killswitch Engage. Lambesis was picked up and booked into the Vista Detention Facility and is expected to be arraigned Wednesday or Thursday. According to Caldwell, the investigation is still ongoing.