After two years of rumors, fan agitation, everyone getting older, and a whole mess of “Final Countdown” references on social-media platforms that barely existed when it went off the air in 2006, the now much-adored Arrested Development will debut its fourth season, in its entirety, via Netflix on May 26.

The punch line, of course, is that Arrested Development always struggled mightily in the ratings. Perhaps it was a victim of Fox’s chronic disinterest in interesting programming (see also Firefly, Undeclared, John Doe, Futurama, the list is long), or perhaps it just couldn’t find its audience. But for the fans who loved it, there was absolutely nothing else like it. Except there were a whole lot of shows like it, and that was the groundbreaking program’s neatest trick.

One of AD creator Mitchell Hurwitz’s very first jobs was on Golden Girls, a show that — aside from its all female, all older-lady cast — was the very epitome of the three-camera sitcom. Jokes were set up, punch line, laugh, filmed on videotape in front of a live studio audience. Plots were domestic, or only mildly madcap. Like most sitcoms of its era, it was formatted as tightly as a three-minute pop song. (All that said, even given that the Golden Girls was a ratings smash, the idea of getting a show with that cast and premise on the air today seems downright progressive. Oy.) 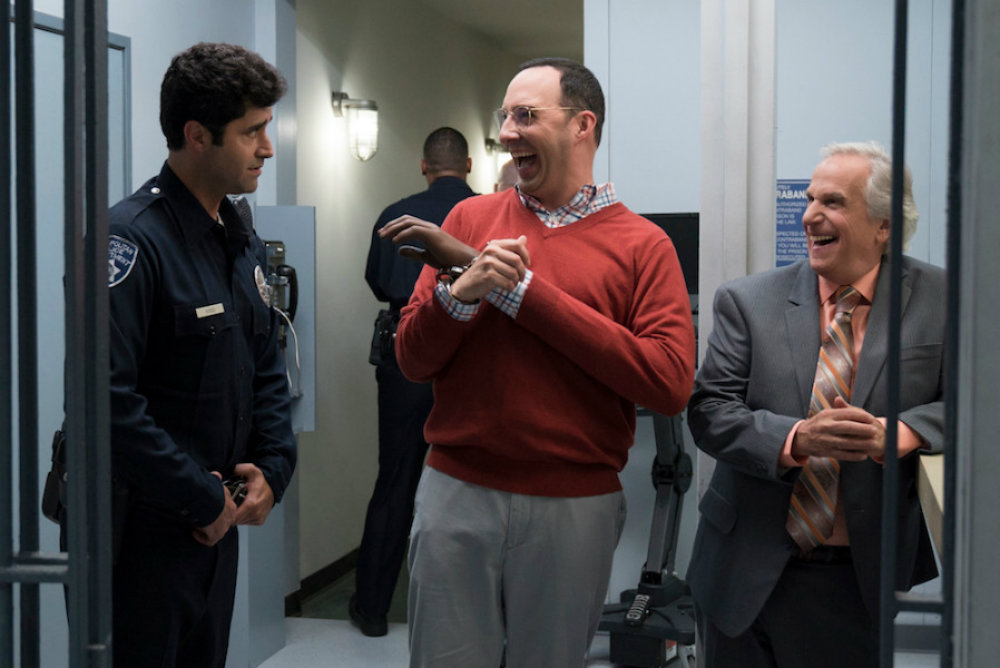 Hurwitz subsequently worked on or created a bunch of other sitcoms (The Golden Palace, The John Larroquette Show, The Ellen Show). He knows the format cold. When making Arrested Development, it is very clear that he knew which rules to break and which ones to follow. The man has chops.

As a result, the reason Arrested Development worked, the reason that it inspired such fanaticism, is that it is, at its heart, a very conventional sitcom, something far closer to Golden Girls than Girls. The show’s innovations were in the packaging and presentation, the direction and the delivery, not the writing. It pulled from the far-more-revolutionary Seinfeld and that show’s Rube Goldberg structures: Consider the episode that ends with Tobias pretending to be a monster knocking over buildings in front of Japanese businessmen — a whole mess of plot threads had to come together for a joke that corny and brilliant.

And it capitalized on the major television innovation of the 21st century (that didn’t have to do with the Internet): endless reality programming. Shot in shaky-cam style, complete with a documentary-style voice-over, the only thing it didn’t have was a confessional-style chat with the camera (The Office, we miss you already).

But the jokes are pure sitcom, pure three-camera. You can take virtually any scene from Arrested Development and re-block it so it works in front of a live studio audience. For instance, delivery on the show was rapid-fire, with multiple characters in the same frame:

Buster: Mom is becoming a little controlling.
Michael: What tipped you off? When she locked you out on the balcony again?
Buster: That was half my fault. I thought I saw a graham cracker out there.
Michael: You baited the balcony?
Lucille Bluth: Prove it.

Imagine the three-camera version:
Buster: Mom is becoming a little controlling.
Michael: What tipped you off? When she locked you out on the balcony again?
[LAUGH]
Buster: That was half my fault. I thought I saw a graham cracker out there.
[LAUGH]
Michael: You baited the balcony?
Lucille Bluth: [Waits a beat, possibly while broadly rolling eyes] Prove it.
[BIGGEST LAUGH]

Here’s one of the show’s cheaper jokes:
[Tobias has painted himself blue to try out for the Blue Man Group]
Tobias Funke: I blue myself.
Michael Bluth: There has got to be a better way to say that.

Same joke, imagine it in front of a live audience:
Tobias Funke: I blue myself.
[Loong take on Tobias, scattered laughs]
Michael Bluth: [Beat, close-up] There has got to be a better way to say that.
[BIG LAUGH]

You can do this over and over. You can do this with virtually every episode. Think of how clichéd and awful something like Tobias Funke’s never-nude shorts would be in three-camera context. The genius is in the presentation.