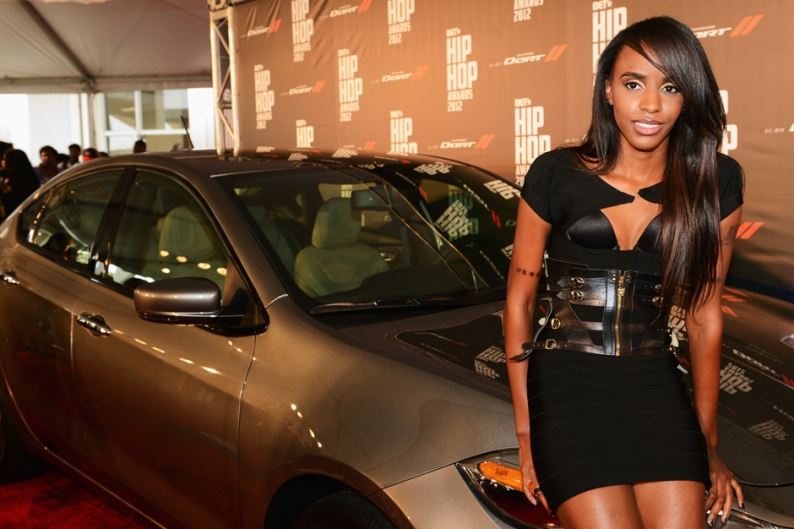 Angel Haze is one of a handful of rising and/or fairly established rappers featured on the brand new, DJ Drama-hosted XXL Freshman Class Mixtape. (Action Bronson, guys? Really? Dude’s at least a junior at this point.) For your ease-of-listening and free-downloading pleasure, the already Broken Out MC has handily uploaded her two contributions to SoundCloud. The first is “Lofticries,” which will be a familiar word to fans of the elven trap-pop progenitors known as Purity Ring. Much like Danny Brown before her (via “Belispeak”) Haze goes in over the Shrines standout, although a second verse wouldn’t be too much to ask for. Thankfully, she provides a second song: “Element,” which finds the New York spitter getting intimate over a similarly hazy beat produced by HiriiThe$kyGod. Enjoy both of those below, plus older track “Haters,” which Haze also uploaded to her SoundCloud profile today.