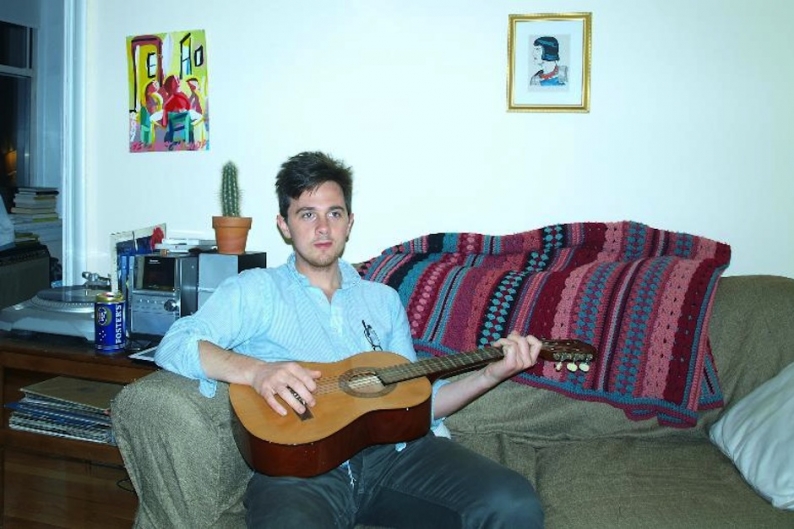 Not touring is central to Andrew Cedermark’s upcoming album, Home Life (due out July 16 on Underwater Peoples). “The thought is that you’re on the road being an artist,” the former Titus Andronicus guitarist told SPIN. “But when you’re on tour and you’re driving around, going from town to town, you’re not really engaging with the stuff of life and everything that makes your art relatable to other people. That you can’t be at home and just writing your music and living your life has created an environment where, lyrically at least, the indie rock we consume is disconnected.”

Now Cedermark has shared the album’s galloping near-title track “At Home,” a faster and more bracing song than the easygoing lope of previous preview “Canis Major.” As this new one’s name suggests, it’s anything but disconnected, tearing into the emotional and physical details of a suburban New Jersey life with open-hearted rock’n’roll passion (and harmonica). “I’m going home / To nothing,” Cedermark repeats through the fuzz, as if acknowledging that the workaday life offers its own kind of emptiness.

Ironically enough, “At Home” comes as Cedermark has announced he’s heading out — where else? — on tour. It’s only a short jaunt, though, so there’s no fear of him losing his perspective.