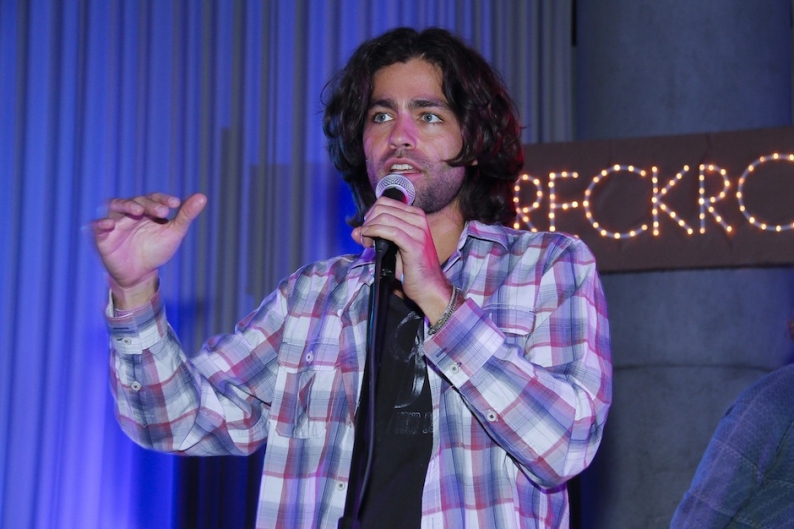 Adrian Grenier is growing his Entourage. The actor and entrepreneur best known as the HBO show’s fictitious movie star Vince Chase opened up a recording studio in his Brooklyn home’s basement last May, calling it Wreckroom. More than 50 artists have made use of the space for free engineering time, recording equipment, and video sessions.

Now, Wreckroom has added Wreckroom Records. As a redesigned website shows, Wreckroom has now started to release EPs and has also begun a new video series of cover songs, appropriately titled “Under the Covers.” Two bands, Missouri “punk ‘n’ roll” trio Radkey and metal-spined Brooklyn five-piece the Skins, are each set to release EPs on the label this summer.

Watch clips from both bands, recorded at the Wreckroom, below. Radkey’s “Cat & Mouse,” captured in Speptember, churns ahead intriguingly with baritone vocals that suggest Joy Division, though the bluesy guitar solo won’t be mistaken for another post-punk revival. The Skins’ “Surf,” shot more than a year ago, is promising, heavy rock, with powerfully howled vocals and an agile rhythm section.

Don’t mention the reviews to Grenier, though. You wanna hug it out?