10 Albums You Can Hear Now: Daft Punk, the National, Japanther, and Majical Cloudz 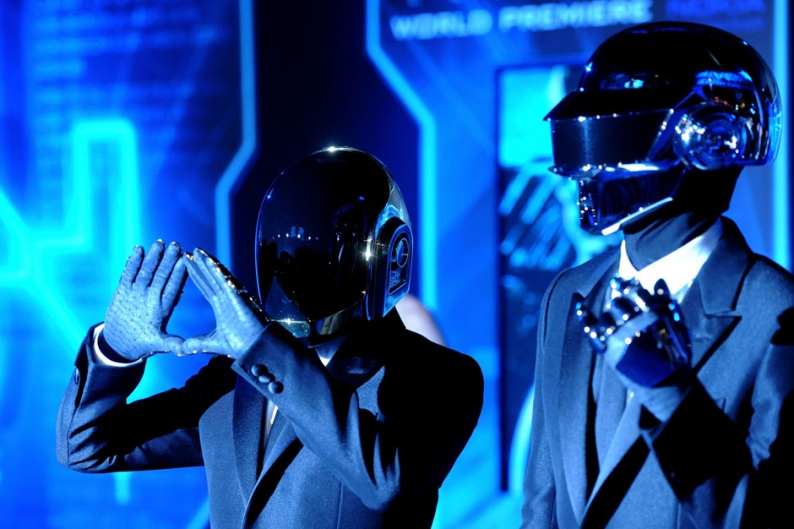 Presenting new full-lengths from Daft Punk, the National, Japanther, Vår, and more, all ready for streaming, all down below. You’re welcome.

1) Daft Punk, Random Access Memories. “[T]here is plenty to luxuriate in here. The overarching ‘John Martyn trapped in a Philip K. Dick novel’ vibe is splendidly discomfiting. The Moroder thing is delightfully bonkers. I am shocked and delighted to learn that Julian Casablancas is human after all. ‘Get Lucky’ is an irresistibly fizzy and facile blast of casino air. The Paul Williams thing is terrifyingly bonkers. ‘Fragments of Time’ is the best Steely Dan song since ‘Hey Nineteen.'” — SPIN (via iTunes)

2) The National, Trouble Will Find Me. “Expect a strong concentrated dose of sorrow… and other ‘pretentious bullshit,’ as singer Matt Berninger’s brother Tom would describe it.” — SPIN (via iTunes)

3) Japanther, Eat Like Lisa Act Like Bart. “Japanther have been churning out their own strain of grimy, hook-crammed art-punk for over a decade, and the Brooklyn duo’s latest album, Eat Like Lisa Act Like Bart, extends their hot streak. Matt Reilly and Ian Vanek pack their latest full-length with 13 quick-hit tracks of fuzzy No Wave weirdness, all pureed together with an apocalyptic news broadcast, a monotone subway stop announcement, and a bevy of hummable, crusty melodies.” (via SPIN)

4) Tone of Arc, The Time Was Right. “San Francisco duo Tone of Arc are reinventing dance-punk in their own New Age gypsy image, folding vintage DFA Records into a wild and wooly mix that owes to the playfulness of Talking Heads, the modern mixology of Matthew Dear, and the fact that members Derrick Boyd and Zoe Presnick are an actual couple… Highlights include the Clash-inspired ‘Chalk Hill,’ a fairly faithful cover of Q Lazzarus’ 1988 New Wave hit ‘Goodbye Horses,’ the deeply psychedelic guitar-powered ‘Hardly Standing,’ and the house-addled closer ‘Left Field.'” (via SPIN)

7) Majical Cloudz, Impersonator. “The Montreal duo … specializes in high drama and minimal scoring… Whether [Devon] Welsh is singing about the big sleep or the last moments of a romantic relationship isn’t wholly clear, but he sings with much gravity over thudding piano hits, electronic fuzz, and ghostly cooing. Simply put, it is incredibly intense and no one is smiling, but that’s also what makes it good.” — SPIN (via Pitchfork)

8) Vår, No One Dances Quite Like My Brothers. “[The] Danish dudes in Iceage are hardcore punk classicists, which makes them the last band you’d expect to spawn a techno-addled side project. But it turns out singer-guitarist Elias Rønnenfelt has a separate quartet called Vår that trades in four-on-the-floor beats — tempered, of course, by blasts of industrial noise and super dark thematic content.” — SPIN (via Pitchfork)

9) Dead Gaze, Dead Gaze. “Dead Gaze is the project of one Cole Furlow, who hails from Mississippi where he is a member of the Cats Purring Collective… For those not familiar, Furlow places a huge emphasis on texture in his work as Dead Gaze, with every song being deliberately overprocessed to create a near-palpable crunch. Behind the production are catchy, Americana-influenced guitar, synth melodies, and heart-on-your-sleeve lyrics, with each song attempting ‘to capture a very memorable moment,’ in Furlow’s words.” (via Ad Hoc)

10) G&D, The Lighthouse. “Georgia Anne Muldrow and Dudley Perkins (a.k.a. Declaime) have worked together and separately for years now, trafficking in funk, soul, hip-hop, jazz, psychedelic space-rock, spoken-word poetry, protest music and more. But they’ve rarely combined all of the above as ambitiously as they do throughout their two albums as G&D; on the self-released The Lighthouse, the married couple engineers an overstuffed collision of concepts and genres while exploring the innumerable intersections of love, politics, spirituality, healthy living, parenthood and world citizenship.”(via NPR)