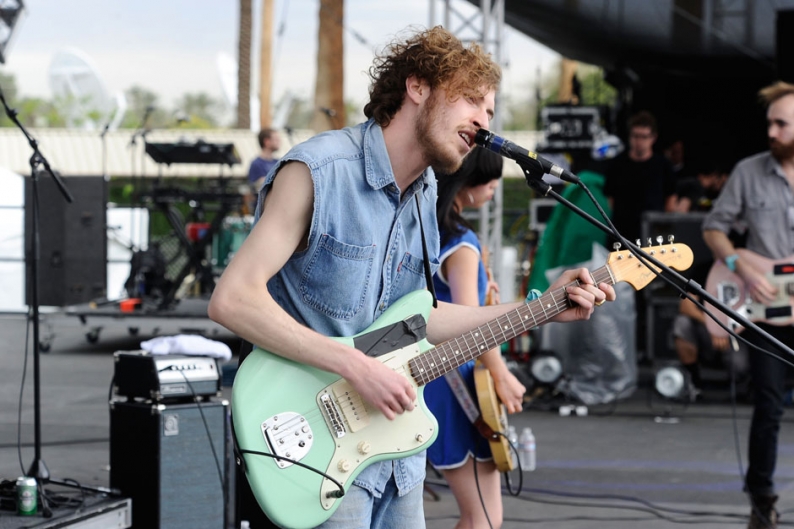 It was less than two years ago that Yuck exploded onto the indie scene sounding like Dinosaur Jr. Jr. and reviving the hopes of ’90s alt-rock lovers everywhere. Now, the U.K. band is set to record their sophomore album following their acclaimed debut LP, but there’s one huge catch: They’ll apparently continue on as Yuck without their frontman Daniel Blumberg.

In one of the most casual breakup notes in recent history, the remaining members of Yuck posted on their Facebook page, “We’re getting ready to go to New York this week to record our 2nd album! Unfortunately, Daniel won’t be joining us as he’s decided to focus on other things. However, new music, new tour dates, and bigger afros will be coming very soon.” This is a huge bummer.

So where does that leave Yuck, who just 16 months ago were deemed by SPIN as Breaking Out and “the greatest band of the ’90s.” Obviously, the track record for bands continuing on without their frontman is spotty at best: For every New Order or post-Bon Scott AC/DC, there are dozens of Jim Morrison-less Doors and Lou Reed-less Velvet Undergrounds. The odds are against Yuck guitarist Max Bloom, bassist Mariko Doi, and drummer Jonny Rogoff keeping those shoegaze vibes going. Blumberg, on the other hand, will now concentrate on his solo project Oupa.