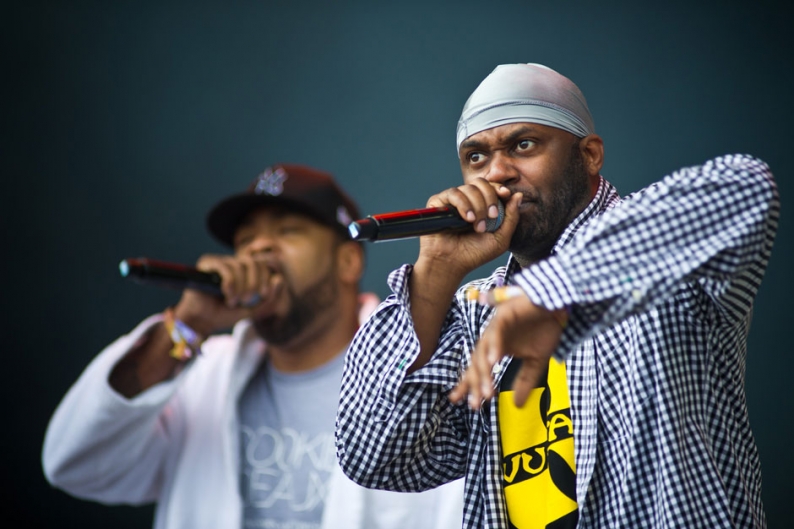 The Wu-Tang Clan were rumored to be working on a new album to coincide with the 20th anniversary of their debut Enter the Wu-Tang: 36 Chambers, but like so many in-the-works Clan projects — the MF DOOM/Ghostface collabo, GZA’s Liquid Swords 2, Raekwon’s OB4CL3, etc. — it just seemed like another false promise. However, a press release (via Nah Right) announcing a pair of Wu tour dates in the U.K. let slip that the Clan have penciled in this coming July to release their new LP A Better Tomorrow, the collective’s first album since 2007’s 8 Diagrams.

As of now, none of the primary Wu-Tang members have commented on the reunion disc — they all seem too busy promoting their own upcoming albums on Twitter — so this might just be a case of a press release writer jumping the gun a little too early. But maybe it’s not! It’s rare these days that a hip-hop album actually comes out on time and isn’t postponed, so the July release date might end up being pushed back until November, near the 20th anniversary of the November 10, 1993 release of 36 Chambers, which was the Clan’s original plan.

No other track list details or even any mention of which Wu-Tang members/affiliates would feature on A Better Tomorrow have been revealed. The press release promises that the Wu will perform some new tracks during their U.K. shows on July 25 and 26… but maybe they’ll also debut some Better Tomorrow songs during their Coachella performance this Sunday? We’ll find out soon.