Once smacked by Will Smith, Vitalii Sediuk could get slapped again 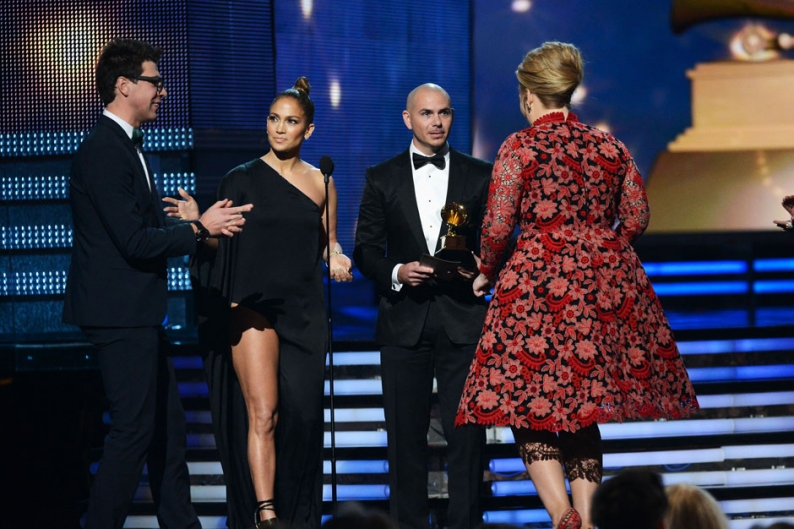 Vitalii Sediuk, the guy who crashed the 55th Annual Grammy Awards and almost walked off with Adele’s Best Pop Solo Performance trophy back in February, could soon be behind bars. According to the Hollywood Reporter, a Los Angeles City Attorney has filed charges against Sediuk. The 24-year-old Ukranian TV personality has been charged with one count of willfully leaving a spectator area and entering a performance area, as well as one count of interfering and delaying program participants. If convicted, the professional prankster could serve six months in jail and be forced to pay a fine of $1,000 for each count.

Sediuk already spent a night in the pokey after crashing the Grammys stage. For those who missed it, the uninvited guest creeped up to the microphone just as presenters Jennifer Lopez and Pitbull were about to hand Adele her prize. “It’s such an honor to win this award,” he said. “I love you, Adele. You are my inspiration.” J.Lo then discreetly shooed Sediuk out of the spotlight — a much calmer dismissal than the backhanded smack Will Smith gave him when he tried to kiss the Men in Black III star at a Moscow premiere.

Speaking to THR in February, Sediuk revealed that he simply showed up the ceremony with “friends who had tickets. [Security] didn’t check how many we had, so I was let in.” If there’s a silver lining to any of this, it’s that Sediuk reportedly stole Adam Levine’s seat, forcing the Maroon 5 frontman (and serial Saturday Night Live sketch killer) to sit on the floor. THR also points out that just two weeks after the Grammys, Sediuk punk’d this year’s Academy Awards by arriving at the Dolby Theatre wearing a Björk-inspired swan dress and carrying a basket filled with novelty Oscars. Though officers nearly handcuffed him, Sediuk got off with a warning that time.

Regarding the Grammys incident, an arraignment for Sediuk is scheduled for May 31.