Chicago youngsters have nothing to do with David Lynch 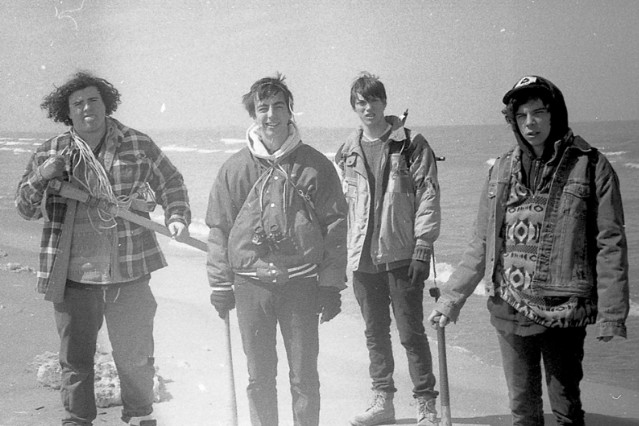 It’s pretty difficult to draw any direct lines between David Lynch’s cult-adored television series Twin Peaks and the band of Chicagoans who go by the same name — hell, none of them were even born before the show was retired — but that’s not all that important. These four 19-year-olds pop and shred like they’ve never seen the other side of the garage door. The gang first came together in high school but cooled their heels when it came time for college — for a semester. After a few months in Olympia, Washington, three of the four who’d moved away came back to crash with their folks and wrapped up work on their debut album. We’ll be able to hear the results of their parents’ dreams deferred on July 9, when Autumn Tone Records releases Sunken. Below you can stream “Stand in the Sand,” a compact ripper about smoking weed, hitting the beach, and just generally living the lifestyle of “chill guys.”