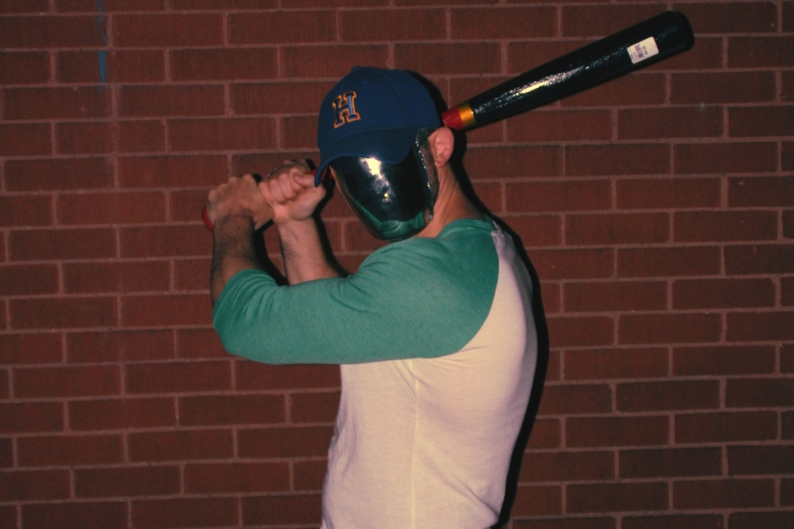 We haven’t heard from Tobacco since 2010’s Beck-featuring Maniac Meat, but that’s only because the man born Tom Fec also happens to write all the music for Black Moth Super Rainbow. His better-known band dropped their deliciously cracked take on roller-rink pop last year — stream Cobra Juicy right here — and now this Pittburgh pied piper of weird can get back to churning out the dark stuff. Tobacco began as a beat-oriented project and the song below, “Lipstick Destroyer,” wields four-on-the-floor crunch and an arsenal of pitch-bent synthesizers, not to mention Tobacco’s trademark rusted robo-vocals. In short, it sounds like a junkyard take-down of Daft Punk’s beloved, pristine electro-house. Turns out Fec agrees.

“Daft Punk is cool as shit, but it can get kind of sterile for my ears, and I guess what I’m doing these days is like a depraved, fucked-up sibling to their big city, good schoolin’ sounds. They work with Giorgio Moroder, and I work with a girl in a deteriorating ET costume,” says Tobacco. That girl would be BMSR keyboardist Seven Fields of Aphelion. “It sure as shit isn’t for everyone, but this is what I do. I actually just watched an interview where Moroder was talking about how they spend so much time perfecting each sound, and it was funny to me because I spend just as much time trying to figure out how to damage mine. ‘Lipstick Destroyer’ is one of the more finished ideas from the next album I’m working on.”

Fans won’t have to wait for Tobacco’s third LP to hear or own the track though. “Lipstick Destroyer” appears on a split 7-inch due April 20 via Volcom Entertainment’s vinyl club. This one will be backed with “Hey Rockin'” by Black Bananas — a similarly fuzzed take on rock ‘n’ beats by Royal Trux founder Jennifer Herrema. An additional platter featuring the Shrine and Zig Zags will drop on the same day. Place your orders at Volcom.