Storm Thorgerson, ‘Dark Side of the Moon’ Designer, Dead at 69 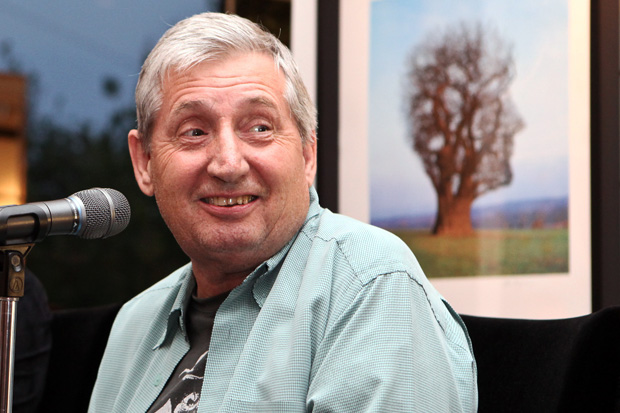 Storm Thorgerson — the British visual artist who designed several iconic album covers, including the artwork for Pink Floyd’s The Dark Side of the Moon — has died after a battle with cancer, the BBC reports. He was 69 years old.

Thorgerson, who was also a member of influential design collective Hipgnosis, developed cover art for many LPs over the years, including Led Zeppelin’s Presence and In Through the Out Door, as well as Pink Floyd’s Animals, Wish You Were Here, and more. He was a childhood friend of Pink Floyd’s founding members and collaborated with the band for decades; Pink Floyd’s management confirmed the news of Thorgerson’s death to the BBC.

A statement released by Thorgerson’s family said that he died peacefully on Thursday (April 18), surrounded by family and friends. “He had been ill for some time with cancer though he had made a remarkable recovery from his stroke in 2003,” the statement said. “He is survived by his mother Vanji, his son Bill, his wife Barbie Antonis and her two children Adam and Georgia.”

Pink Floyd’s David Gilmour has published a statement on his website that reads, “We first met in our early teens. We would gather at Sheep’s Green, a spot by the river in Cambridge and Storm would always be there holding forth, making the most noise, bursting with ideas and enthusiasm. Nothing has ever really changed.” Gilmour added, “He has been a constant force in my life, both at work and in private, a shoulder to cry on and a great friend. The artworks that he created for Pink Floyd from 1968 to the present day have been an inseparable part of our work. I will miss him.”

Other credits in Thorgerson’s long career include artwork for albums by the Offspring, Muse, the Mars Volta, Peter Gabriel, Ween, Audioslave, the Cranberries, and more. His most famous piece, by far, remains the still-ubiquitous cover to Dark Side. That landmark record, which turned 40 last month, was recently selected for preservation by the Library of Congress.