Still doesn't change the fact that audience attendance was light, though 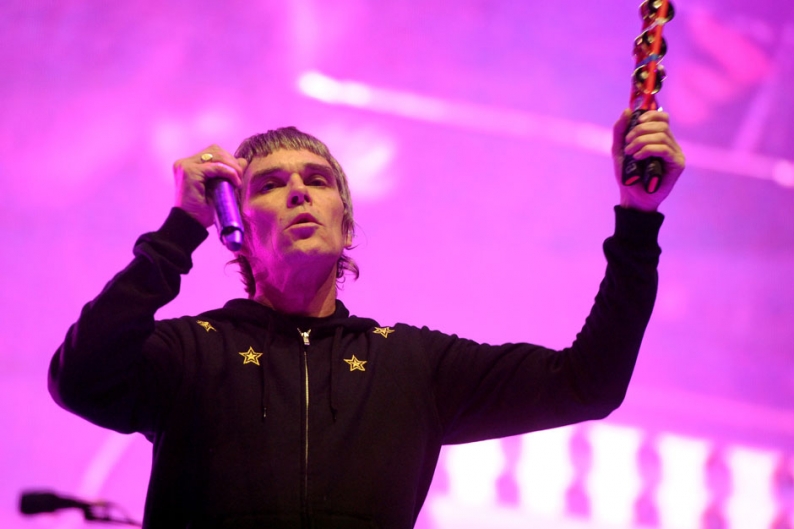 Yesterday, Coachella organizers confirmed the set times for the annual Indio festival’s upcoming second weekend of performances, and, aside from the usual crop of scheduling conflicts, the announcement revealed a major lineup change: the Stone Roses were no longer on top of the bill for Friday night, April 19, as they had been the previous week, on April 12.

An official explanation was not provided at the time, but it seemed as if disappointing audience turnout was to blame. SPIN noted in our 50 Best Things We Saw At Coachella 2013 that the crowd had thinned to an embarrassing level once the Manchester band took the main stage, and while Blur suffered a similar problem, Damon Albarn’s crew held the attention of more festival-goers and maintained a higher level of enthusiasm (they also won the “Best Reunion” label from SPIN).

Now, the Stone Roses are denying that they were demoted, as an official spokesperson for the group has told the NME that it was always the plan for Blur and the Stone Roses to switch slots. Fans have also pointed out that the two British bands share the top slot on the event’s official poster, making them co-headliners; additionally, an alternate version of the lineup graphic puts Blur in the top spot, suggesting that this is indeed a case of “one for me, one for you.”

Maybe Stone Roses frontman Ian Brown was right when he said it’s inevitable that people fall in love with his band — Americans might just need some more time.