Scott Miller, of Game Theory and Loud Family, Has Died, But His Albums Live on (for Free) 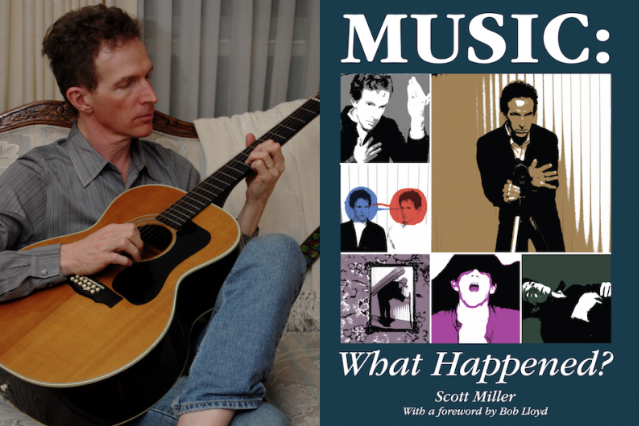 Pop singer/songwriter/guitarists as enamored with melody as they are suspicious of convention are all too often unjustly little-known. From Big Star’s Alex Chilton to Kleenex Girl Wonder’s Graham Smith, record collections are filled with songs by left-of-center tunesmiths we just know would be household names if only casual listeners had been more exposed to their bands. Scott Miller, who led the groups Game Theory and Loud Family, was one who inspired that type of cultish adoration.

Miller died on April 15, according to a statement on the Loud Family website. He was 53. The cause of death is unclear. “Scott had been planning to start recording a new Game Theory album, Supercalifragile, this summer, and was looking forward to getting back into the studio and reuniting with some of his former collaborators,” the statement says.

The several albums Miller released with Game Theory — the power-pop group he formed in the ’80s in Sacramento, California — are out of print. Luckily, his survivors have shared Distortion of Glory, Real Nighttime, The Big Shot Chronicles, Lolita Nation, 2 Steps From the Middle Ages, and Tinker to Evers to Chance for free online. The links keep changing due to bandwidth limits, so check Loud Family’s website for the latest download information.

Miller also wrote a book, Music: What Happened?, about popular music from 1957 to 2011. The book is billed as “blending the perspectives of a serious musician, a thoughtful critic, and an all-devouring music fan.” Ordering details are also on the website.

In 1987, Miller told SPIN that while he preferred to avoid comparisons to Big Star’s power-pop luminary Chilton, he “did come to aspire to Chilton’s balance between beautiful melodies and emotional desperation. His melodies were painfully right on. I guess I could be in real danger of making Alex Chilton records.”

Check out a few of Miller’s songs, and the announcement his website, below.

I wish it weren’t true, but as much as it pains me to write these words, Scott passed away on April 15, 2013. He was a wonderful, loyal friend as well as a brilliant musician, and I will miss him for the rest of my life.

Scott had been planning to start recording a new Game Theory album, Supercalifragile, this summer, and was looking forward to getting back into the studio and reuniting with some of his former collaborators.

If listening to Scott’s own music is too painful for you right now, as it is for me, I can tell you that he absolutely loved David Bowie’s new album, The Next Day. He found Bowie’s late-career resurgence to be hugely inspirational. I’m sure that if there had been a 2013 chapter of Music: What Happened?, one of the songs from that album would have been right at the top.