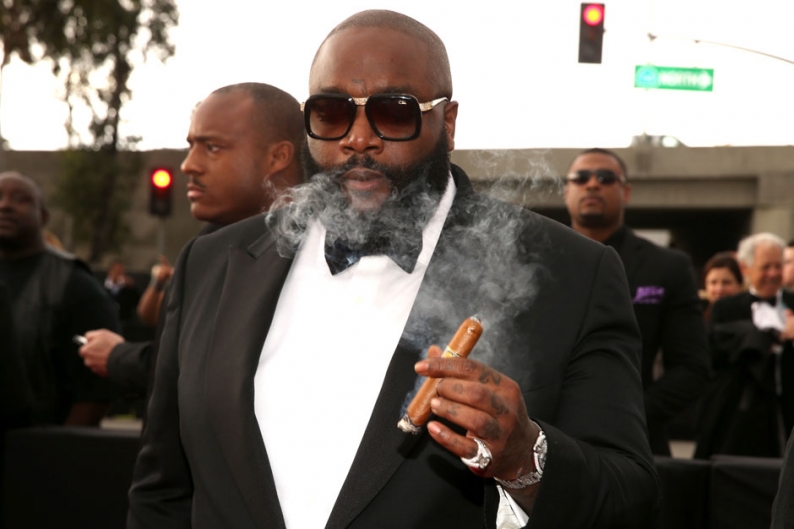 “Reebok holds our partners to a high standard, and we expect them to live up to the values of our brand. Unfortunately, Rick Ross has failed to do so,” the company said in a statement (via TMZ). “While we do not believe that Rick Ross condones sexual assault, we are very disappointed he has yet to display an understanding of the seriousness of this issue or an appropriate level of remorse.”

The controversy stems from Ross’ lyric on the aforementioned track: “Put Molly all in the champagne / She ain’t even know it / I took her home and I enjoy that / She ain’t even know it.” Ross, in two attempts to defend himself, demonstrated that he doesn’t understand the meaning of the term “rape.” Women’s rights groups protested Reebok’s flagship office in New York in response. Cohort Meek Mill then misquoted Notorious B.I.G. to imply Biggie instructed people to rape their kids, and somehow that made Ross’ lyric okay. Rocko has since cut the controversial rhyme from “U.O.E.N.O.”

Just last month, Ross, along with Tyga and former NBA star Allen Iverson, were photographed for the cover of Slam/XXL issue championing the Reebok brand. Three weeks later, Rozay is suddenly heading to the Foot Locker in search of new kicks.