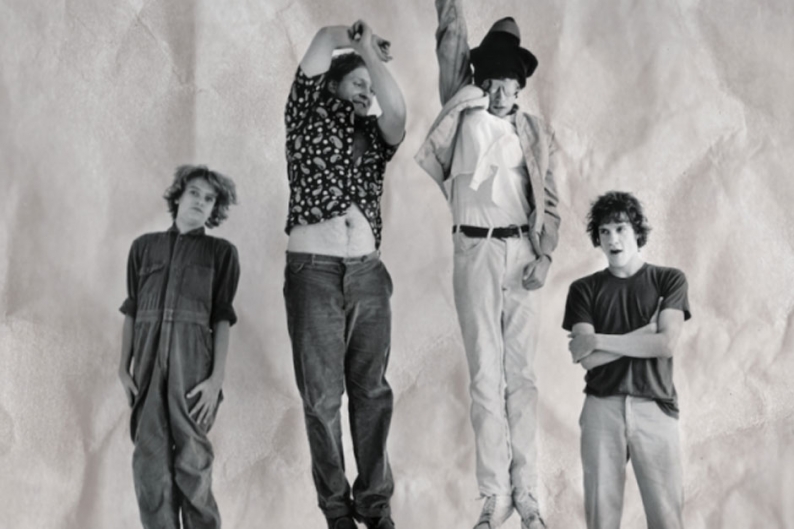 The Replacements’ scattershot live performances are a thing of legend. Take the following quote, which features prominently in the trailer for Color Me Obsessed, a 2011 documentary dedicated to the ‘Mats: “You could go see them on one night and they’d be blindingly brilliant, close to a religious experience. You could go see them on another night and they could just be complete dogshit.”

Now fans can (re-)experience the seminal Minneapolis punks in all their beer-fueled, ramshackle glory, thanks to a fresh new blog called Color Me Impressed: The Replacements Live Archive Project. As its header suggests, the site collects live recordings of Replacements’ concerts and shares them as downloads.

The project’s mission statement reads: “The goal of this site is to share every [known] Replacements (and related) live recordings available. This page has grown out of a project that began over ten years ago called MatsTapes. MatsTapes was/is a collective of several people who decided to collect and digitize every known Replacements recording they could find. Out of MatsTapes came ColorMeImpressed.com and the Facebook page ‘The Replacements – Live Archive Project.’ They all work together with the same goal: collect, digitize, upgrade, archive and record. If you have any master recordings or something that has never been circulated, please let us know.”

Currently, this archival database boasts audio from six ‘Mats shows: a 1981 gig in Minneapolis, a 1984 concert in Chicago, 1985’s originally cassette-only live album The Shit Hits the Fans (recorded in Oklahoma City in 1984), a 1985 show in Minneapolis, a 1987 performance at Ohio’s Kent State University, and a 1991 set in Ann Arbor. The various track lists mix career highlights from the band’s catalog with covers both logical (the Stooges’ “I Wanna Be Your Dog,” for one) and, well, a little more out of character (Prince’s “I Could Never Take the Place of Your Man”).

Consider this a history lesson for fans too young to have seen the Replacements firsthand and a refresher for those who were there, but who were too drunk to remember anything.