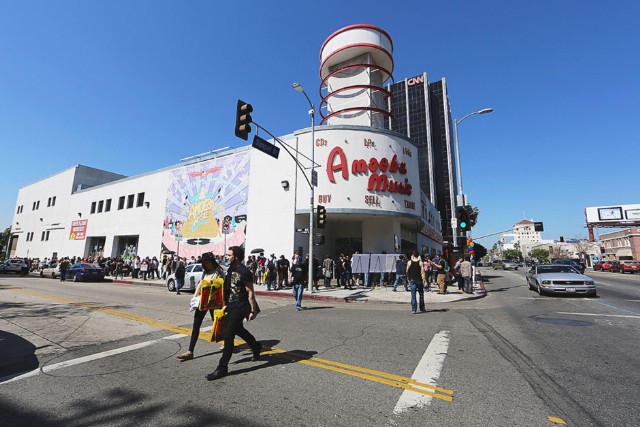 The sixth annual Record Store Day went down on Saturday, April 20. Every year, vinyl junkies the world over raid brick-and-mortar racks for wax, forming long lines before opening hours in hopes of grabbing limited edition releases. Last weekend’s event featured more than 300 exclusive titles from artists like Flaming Lips and White Stripes all the way down to the elusive Jandek. SPIN stationed photographers in New York, Los Angeles, and Chicago and got so much more than just enthusiasts walking around with armloads of swag — Brooklyn’s Sound Fix celebrating its final weekend, Numero Group opening a cool pop-up shop in Chicago, and people in Los Angeles straight up bringing blankets to stake their spots. Let’s spin the black circle!