Rap Release of the Week: Black Milk’s ‘Synth or Soul’

Dilla disciple sends soul to the club, synth-rap to the lab 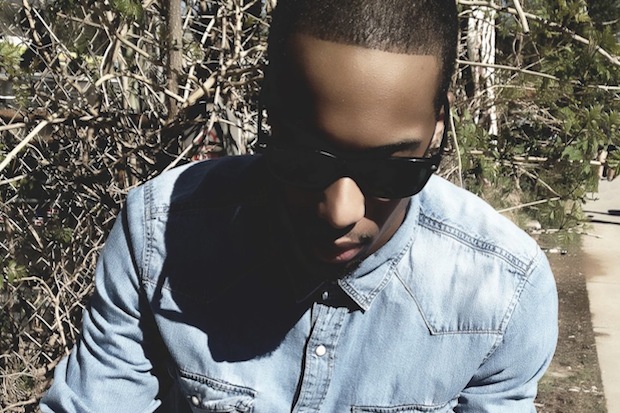 This novelty from Detroit producer Black Milk is an all-instrumental experiment in two styles of beatmaking: Electronics that nod to the guys-in-labcoats era of synthesized computer music, and good old-fashioned, always-stalwart soul-sampling. In the hands of lesser producers, this may have been just a cheap hard-drive dump, but Black Milk is one of the most sensitive producers still working in the world of “real hip-hop,” today. He seems to be purging his old-head tendencies here, and moving further toward the post-true school underground fusion first perfected on his beat for Slum Village’s “Reunion,” back in 2004.

Better yet, Black’s vision for “synth” and “soul” beats gets blurry, so there’s not that stark of a difference between the A-side and B-side. Soul production “Why Worry” is occasionally interrupted by sci-fi squeaks, while “80s TV Show,” on the synth side, grabs onto the pathos of Michael Jackson’s “Human Nature.” On “Deep Breath Deep Bass,” Black toys with the elements of modern-day club rap, moving them into the world soul-sampling, affording the beat thick, loud drums and a rubbery bassline; it’s like an El Michels Affair cover of J-Kwon’s “Tipsy,” or something.

Still, it is the “synth” side that is the most fascinating here. “Computer Ugly Ugly,” a Raymond Scott squeaker featuring a silly voice shouting “Ugly!,” takes you back to an anything-goes time of early electronic music when the thrill was just combining some crazy discordant sounds. “Piano Moog” is like a lost cut from Herbie Hancock’s Deathwish score. Often, Synth or Soul feels more like the work of Keith Fullerton Whitman, or Sam Prekop of the Sea and Cake on his 2010 vintage synth sea-change, Old Punch Card. Much of it also invokes Black Milk mentor J. Dilla’s primitive, playful nods to electronic beats or even the terse, confident minimalism of Detroit techno.

Perhaps, too, it can be viewed as a reasonably-minded riff or corrective on springy, buzzing ratchet music: an undergrounder taking on the tics of the mainstream, entirely on his own terms. If someone who scans more “indie” made something like this, it would be a cause for celebration, or at least noted as an interesting an ambitious experiment. And a few years ago, some chillwave ninny would’ve made a career out of this kind of sample-slicing. In the world of hip-hop, though, these basic production skills are expected, and so Synth or Soul is a clever though inarguably minor work — and that’s just fine.