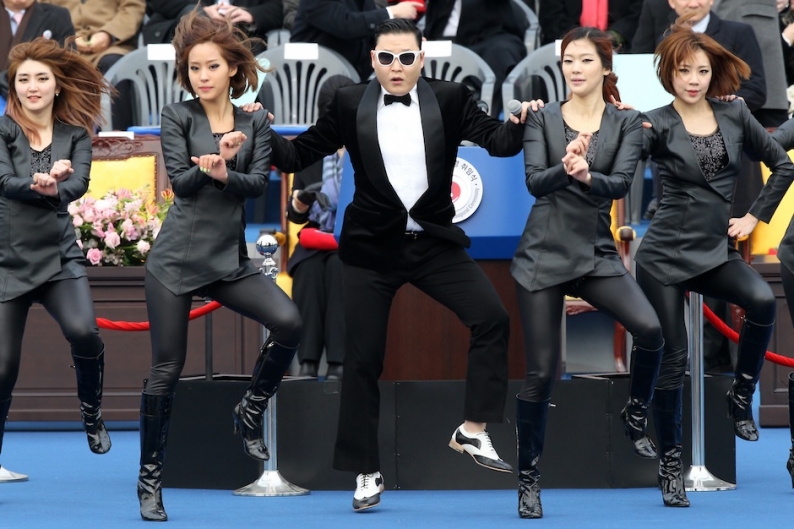 PSY, the international pop mainstream’s toast of 2012, got off to a rough start in 2013. A Diplo remix featuring 2 Chainz couldn’t help but underline how PSY’s hit “Gangnam Style” was now yesterday’s style. And then came reports PSY was forced to change the title of his planned “Gangnam Style” follow-up from a South Korean term for “oh yeah” because in English it sounds like “Assarabia.” (PSY reportedly said it should be spelled with a “v,” not a “b,” and “that’s not gonna be a single anyway.)

Now the actual follow-up is here, and it sounds… a lot like “Gangnam Style,” pretty much. Titled “Gentleman,” the song is once again a gaudy, post-Skrillex take on what decades ago was called hip-house (Snap!, C&C Music Factory, Technotronic) — he even raps toward the end that he’s “gonna make you sweat.” The song once again has an inscrutably catchy spoken hook when the beat drops out: “Mother father gentleman.” And PSY once again shouts out “sexy ladies”:  “Damn girl, you so frickin’ sexy.” There are also deliciously random pop-cultural references: “West side!”

So: Sequels often outsell the originals, but will that be the case with “Gangnam Style” redux? And is “Gentleman” a worthy heir, anyway? Well, SPIN can personally confirm it passes the headbanging-toddler test. But we all know this one’s success or failure will be determined by its video. Unfortunately for PSY, the “Harlem Shake” has already been taken.