Who Charted? Paramore Score Their First No. 1, Country Gets the Rest

Also: the Battle of the Ballads rages on! 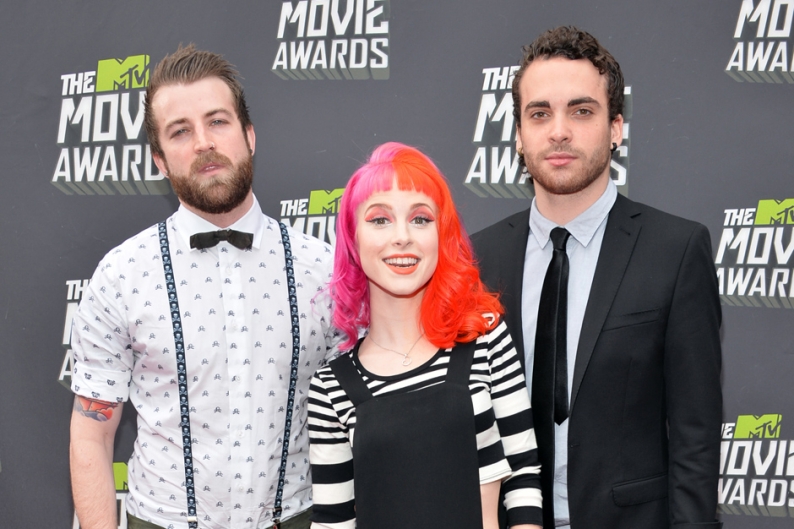 First! Paramore’s Hayley Williams recently told SPIN that the band’s mindset going into their first album in four years “was, like, we have no idea what we’re doing.” But Paramore debuted last week and nabbed the No. 1 slot on the Billboard Top 200 with 106,000 units moved, according to Nielsen SoundScan. While the Tennessee band’s 2009 LP Brand New Eyes sold 175K upon its debut, that album peaked at No. 2. So while timing no doubt played a part, we’d still like to think that their renewed commitment to “jumpy, harshly sweet pop-punk — a style made for the anthem, the tantrum, the chiming ballad,” deserves most of the credit.

2 to 10: Beyond Justin Timberlake’s slide from No. 1 to No. 3 (The 20/20 Experience, 98K), there’s not much of interest to report elsewhere. It was a very, very strong week for commercial country. Brad Paisley’s Wheelhouse debuted at No. 2 with 100K. Black Shelton’s Based on a True Story held steady at No. 4 (61K). Eric Church’s Caught in the Act: Live started at No. 5 (61K). And the Band Perry’s Pioneer slipped down from No. 2 to No. 5. Young Money buddies Tyga and Lil Wayne hold the Nos. 7 and 8 spots with Hotel California (54K) and I Am Not a Human Being II (42K), respectively. Then comes Volbeat  — notable for being pucking (sic) losers — with Outlaw Gentlemen & Shady Ladies (39K) and Stone Sour, featuring Sound City collaborator Corey Taylor, with House of Gold & Bones, Pt. 2 (35K).

Battle of the Ballads: Last week, Bruno Mars upset the balance of the Hot 100 by scoring the No. 1 slot for “When I Was Your Man” — only the second song in SoundScan history to sit atop that throne sporting merely piano and voice. This time, Pink is on top with an assist from fun.’s Nate Ruess for their ballad “Just Give Me a Reason.” Meanwhile, a third ballad creeps at No. 4: Rihanna’s “Stay” featuring Mikky Ekko.

Boy, Banned? Timberlake may have lost the No. 1 album seat, but his second single “Mirrors” has at last followed “Suit & Tie” into the Hot 100’s Top 10, landing at No. 7. At this point, the grown-ass singer has, as a solo artist, more than doubled the number of Top 10 tracks he scored with his old boy band ‘N Sync.